Not another 11th hour decision... 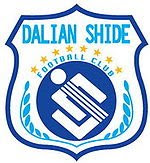 Barely two years in a row, the league might, again, going to witness another change in the composition in the league which I felt is an unhealthy sign.

The lack of continuity, in my opinion, doesn't speak well for the league who is still struggling to pull in the fans to the grounds from the couch.

True to the fact that the two Chinese-based teams weren't been performing up to the expectation but to have Dalian being replaced in the eleventh hour still have people, especially the skeptics, asking,"How come so late?"

Would it be fair to Dalian's management and players who are eager to prove themselves this coming season?

It was mentioned in the papers that Brunei's DPMM (logo as depicted above, from "Wiki"), backed by the Brunei's crown prince, emerged as the forerunners should the league authority decided to kick Dalian out of the picture.

Apparently, DPMM, who used to play in the Malaysian League until the recent fiasco involving the Brunei FA, agreed to pay for the traveling expenses incurred by S.League clubs if they are to play them in their home games at Bandar Seri Begawan, the capital of the oil-rich sultanate.

Still how long can this carrot be dangling? 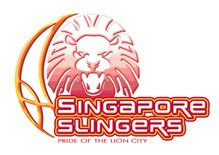 One of the main reasons why Singapore's only professional basketball team - the Singapore Slingers (logo as depicted above, from "Wiki") decided to pull out from the Australian NBL is because of the costly traveling expenses.

While we believe DPMM have deep pockets because of the royal backing but the hassle of flying here and there will soon be taking toil on anyone involved, on top of the pending issues such as the manpower and logistical arrangement.

Like what if the scheduled flight to Brunei is re-scheduled due to unforeseen circumstances? Would the fixture will rearranged and how would it going to affect some teams who having players that are students or part-timers?

Decision like this shall not be make abruptly and I'm sure the decision-makers have weighted the pros and cons of it, as we are heading towards the 14th season on 16th February. 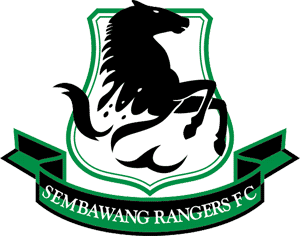 Back to replacement again, if the league authority decided a change is necessary would one of those "exiled" clubs (Sembawang Rangers, Jurong, Tajong Pagar United etc.) be a better option? If they are ready to back to the foray.