Can I go to Brunei?? 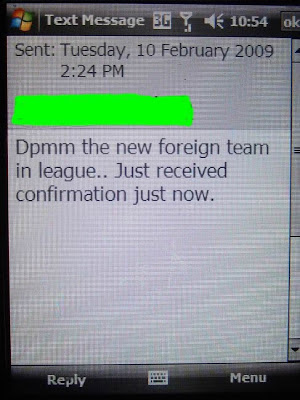 Got the text message (above) while at my work this afternoon that confirmed DPMM as the 12th team of the league.

(Picture credit: DPMM's official site)
"Welcome to the S.League.." as what the first message that came to my mind with the local league welcome its newest addition, the third in three years (if we counted Liaoning Guangyuan and Dalian Shide Siwu as DPMM's predecessor).

I'm not trying to draw or bridge any comparison but let's hope this would be the end of the shambolic maze of club recruiting to the league.

Probably, the "Sinchi curse" is something that haunted the latter two Chinese-based clubs as both barely survived after a season, with Liaoning embroiled itself in "that thing" scandal and Dalian failed to meet the cut in many areas. 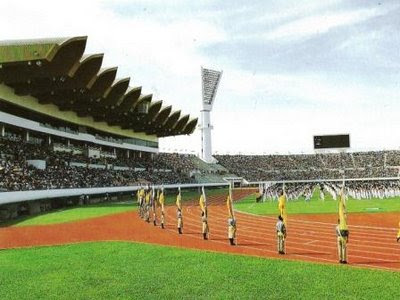 The Hassanal Bolkiah National Stadium, where DPMM will stage their home games
(Picture credit: The Daily Brunei Resources , it do look like our own National Stadium)
So what can we expect from the folks from Brunei, who set a modest target of finishing among the top-six (must have learnt not to repeat the blooper of Super Reds' founder Hong In Woong and Dalian's claims of finishing among the top six in their miaden season)?