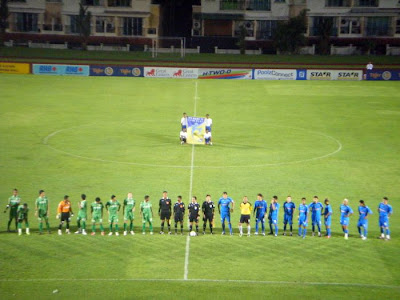 Lining up before the start...
Just back from the Choa Chu Kang Stadium after witnessed the 2-0 victory by the defending champions SAFFC over Geylang United.

Now, straight to the point.

In their pre-season seminar, Patrick Ang, the Geylang chairman proclaimed it's "time to get back to the elite group". 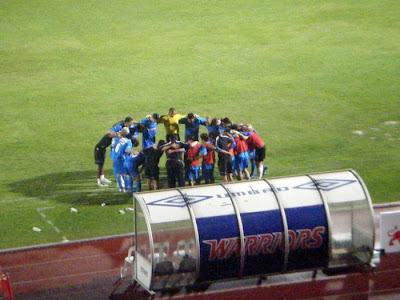 As usual, before the start of every game.
Having seen their performance against the supposedly-fatigued Warriors, who been playing a game every three days since the start of the season, I can't help but wonder if Geylang are moving into the groove in bid to achieve their target?

The lack of creativity in their attacking plays and the unforgiven errors by the defence in conceded the two goals are telling signs that they can't afford to repeat those mentioned blunders again, if they want to return to the "elite". 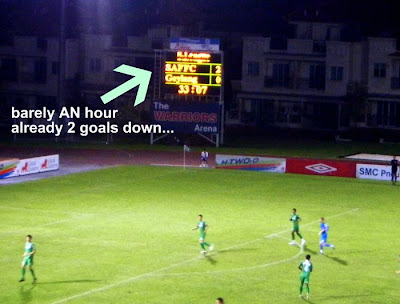 Conceded two goals in a space of two minutes.
Yes, it may be only two game-old into the new season, however the Eagles should well aware that they should not leave everything to the last minute (liked what happened in the past)!!

Or perhaps, the Eagles supporters should changed their cheers from "tak ada apa" (nevermind), whenever they are losing or lag behind, to something more inspiring to spur their team on.

If not, it might be the same old story year in and out again...

(P.S: the photos were taken by "Cloud" of Kallangroar.com and many thanks to her for allowing me to use them here.)
logged down by Ko Po Hui at 23:43:00