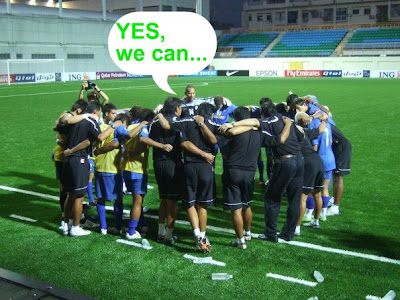 SAFFC's players and officials "get-together" before the start
There was some light drizzling at the Jalan Besar Stadium before the start of this crucial fixture that would see SAFFC becoming the first team from Singapore to join the elites in the financial lucrative ACL proper.

Like what PSMS Medan's skipper Elie Aiboy lamented during the pre-match media conference on having to play on the new surface of the stadium, the Sumatrans started the game slowly in trying to adapt themselves on this alien pitch.

Thus, this had allowed the Warriors, who were also playing for first time on the new surface, to lay a siege in the visitors' half. 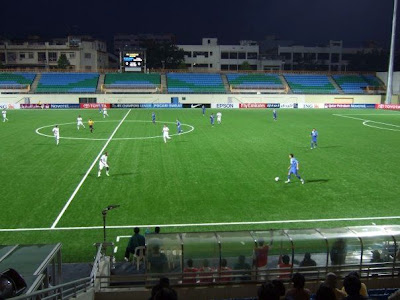 Therdsak Chaiman's low piledriver in the 36th minute proved to be the ice-breaker of the match, when he nicely-latched onto an Ahmad Latiff's pass to give the Warriors the lead in an otherwise dull and uninspiring start to the game.

Defensive lapse in 51st minute allowed Elie Aiboy to slip through a splitting pass that saw Costas Mario Alejandro to level the scores, hence announced the defensive plot of the Warriors that planned for the second half had somehow backfired!! 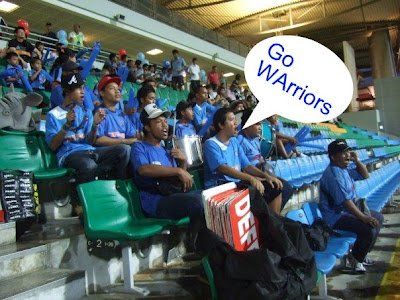 Must be some sort wake-up call to the Warriors that they decided to revert to their much accustomed offensive play and saw the men in blue not given a penalty after John Wilkinson was clearly tripped in the box in the 54th minute, thus denied the Warriors a chance from regaining the lead from the spot.

Ahmad Latiff came close in the 76th minute to claim the advantage when his header missed the target by a few inches wide, following a well-connected cross from the left from Shaiful Esah.

With nothing spectacular happened further that, the match proceed to extra-time, much to the dismay of the 2,462 folks at the ground, who thought they were in for an easy cruise over the domestically struggling Medan side. 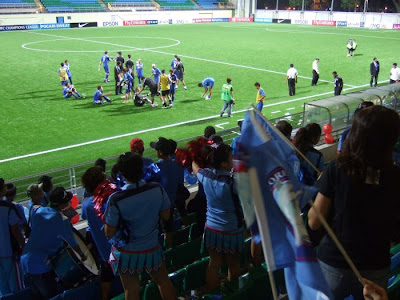 SAFFC's fans salute their heroes
Likewise, it was a slow start when the game resumed for the extra-time until livewire Ahmad Latiff scored from an acute angle to give the home team the much-need morale boaster and eventually the winner in the 98th minute. 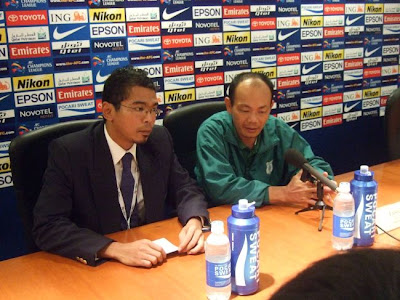 "Winning or losing is normal in the game, but I'm disappointed to see two of players being sent off and I felt the referee had sided the home side on a few occasions." said PSMS Medan coach Liestiadi Lo after the match. 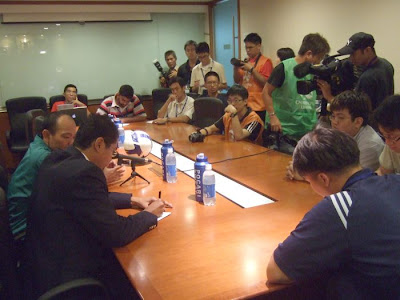 "The players had put in 100% effort in their performance which I couldn't asked for more, furthermore this being the first time we played on artificial surface" added coach Lo. 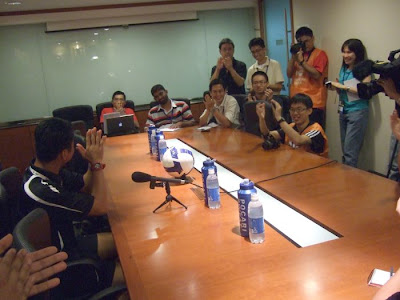 The local media lauded coach Bok before the start of his media session.
"I'm satisfied with the team's play" said SAFFC's coach Richard Bok when he met the media inside the FAS boardroom. 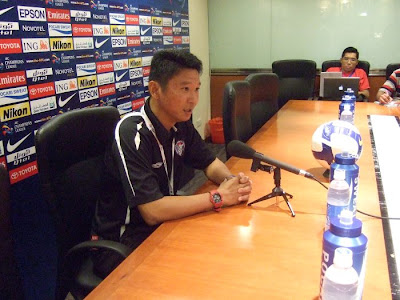 "The important thing is we want to play our best and learn from this experience" as coach Bok concluded his media session.
logged down by Ko Po Hui at 01:02:00