It's a carnival event

Some time ago, I blogged something about having football carnival to stage at the floating platform. 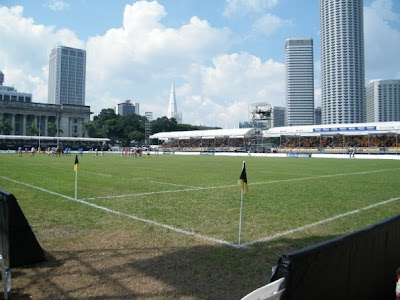 I was at the annual SCC 7s rugby tournament months back, and toying the idea if these two organizations, the Singapore Cricket Club (SCC) and the Football Association of Singapore (FAS), could work together to have something like the rugby carnival, which is considered something of an institution in club sevens rugby in the world. 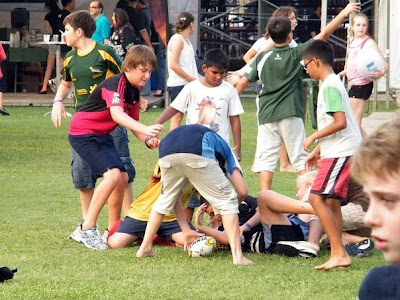 These kids were having a good time practicing "ruck". 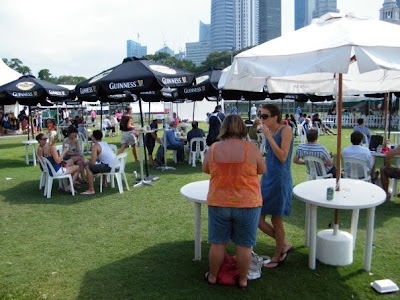 While the ladies gathered around "shelter tables". 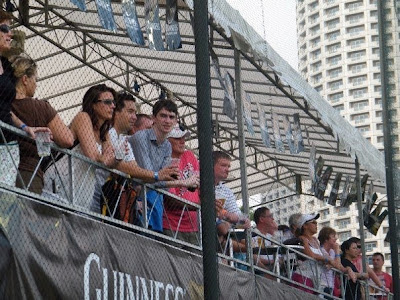 While some of the men were found here at the stout stand.
It doesn't if you're young or old, man or woman, girls or boys, or whether you know anything about rugby or not - the main thing was everybody was having a good time over that weekend.

The SCC 7s is more than just a rugby tournament, it's also place where people of all ages get together to rekindle friendship, making new contacts at this marquee Padang outing. 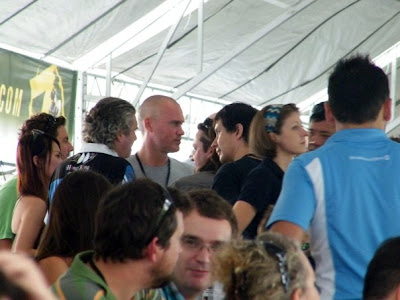 SCC 7s is an excellent place for networking. 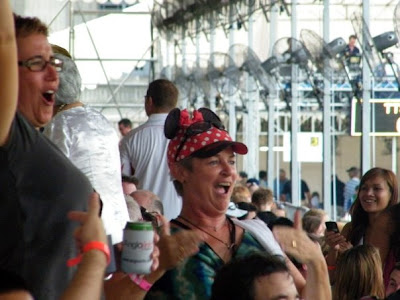 Everybody was having a good time and fun on a hot weekend at the Padang...

From this event, started in 1947, I saw something that I have long envisaged for - corporate hospitality, which does existed in Singapore, after all.

Being such an established event, some corporate big-wigs willing to pay up to $40,000 for a box or section inside “sponsors tent” just for socializing purpose throughout this weekend event. 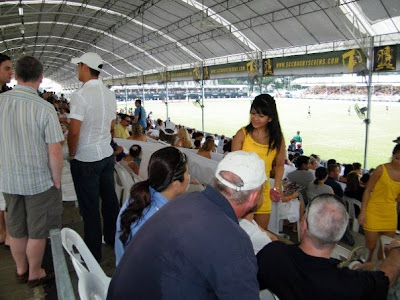 Corporate hospitality in the "sponsor tent" where ladies attendants served the refreshments to the guests. 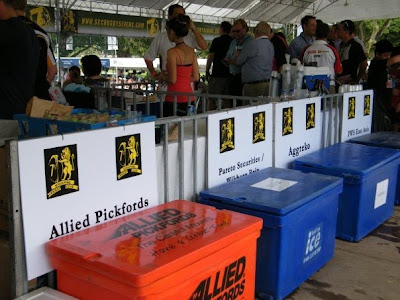 Some of the corporate big-wigs who made their presence in the SCC 7s sponsor tent. 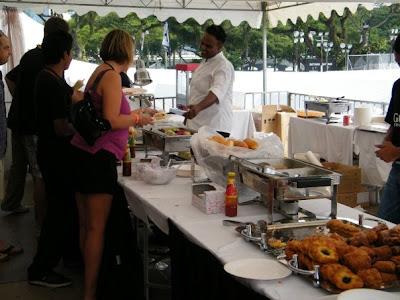 Catering at the "sponsor tent" during the SCC 7s
And the amazing thing about the whole event is it is largely in-charge by volunteers (those SCC members) who dedicated large part of their spare time running this yearly event. 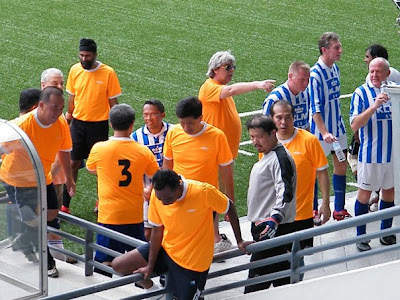 Don't be fooled by their appearance, these seniors does know a thing or two better than their younger peer.
Started in 2007, the 9s Masters's format of play is having nine players on each side, playing two halves of nine minutes each with substitutions permitted while the game is in progress.

Just like the SCC 7s, given the short playing time and interval, every new game took place immediately soon after the previous game was over, thus eliminated any unnecessary waste of time. 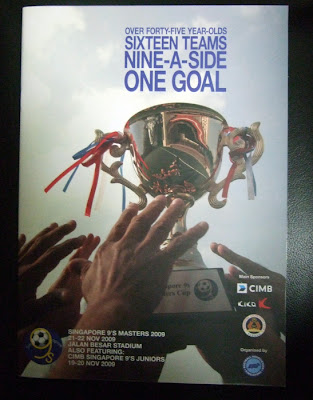 Souvenir magazine of Singapore 9s Master 2009
What's more I was told there's a similar, yet smaller-scale (a six-a-side) event organized by the SCC for football every year.

Perhaps, it would be a good in getting assistance from someone who is an old hand (the SCC) in running such big scale event and it's not a bad idea to combine the elements of two different events to make something great out of it.
logged down by Ko Po Hui at 15:00:00