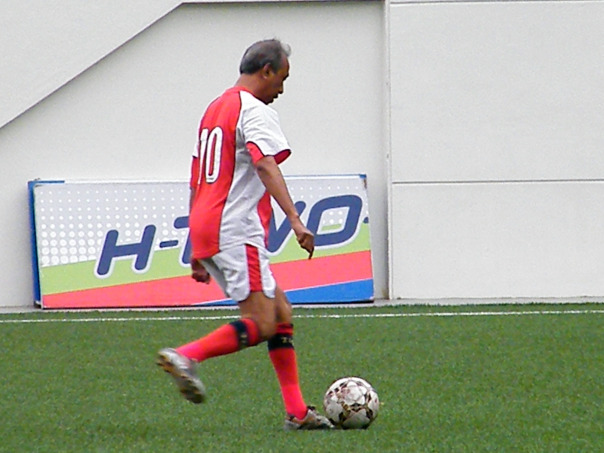 SINGAPORE, 15 January 2010: The local football fraternity will come together for a good cause at the 2010 S.League Charity Shield next Thursday as the Football Association of Singapore seeks to raise funds for Singapore football legend Dollah Kassim, who has been in a coma since collapsing during the 2009 Sultan of Selangor’s Cup veterans match between Singapore and Selangor last October.

Dollah, who represented Singapore from 1968 to 1979, was well-known for his extraordinary dribbling skills. Famously known as the ‘Gelek King’, a nickname referring to his superior ball control, one of his most memorable moments in a Lions jersey was to help Singapore win the Malaysia Cup in 1977.

In appreciation for the services rendered to Singapore football and to acknowledge Dollah for his many contributions in promoting Singapore football, the FAS has pledged all proceeds and donations received for the above-mentioned 2010 S.League Charity Shield to Dollah’s family in order to assist his family to pay his current and future medical bills.

Mr Zainudin Nordin, FAS President and Mayor for the Central Singapore District, hopes that the football community will show strong support towards this fund-raising event.

“Dollah is our very beloved football legend who has contributed a lot to Singapore football. We hope that the football fraternity can rally together and show their kind and generous support towards this very worthy cause. I am sure any contribution, big or small, will go a long way towards supporting Dollah’s family in their times of need.”

The curtain-raiser to the 2010 S.League season will pit the reigning S.League Champions Singapore Armed Forces FC against 2009 Swedish Champions AIK Solna on Thursday 21 January at the Choa Chu Kang Stadium. Kick-off is at 7.30pm.

On sale during the match will be the limited issue FAS 2010 Calendar at $5 with all sales proceeds to be contributed to the fund for Mr Dollah. The sale of the FAS 2010 Calendar will continue during office hours at the FAS main reception at Jalan Besar Stadium from 22 to 29 January (weekdays only) with all sales proceeds going into the fund for Mr Dollah.

Match Details
Ticketing Details
*Only valid with proof of identification

Tickets will be on sale from next Monday onwards: