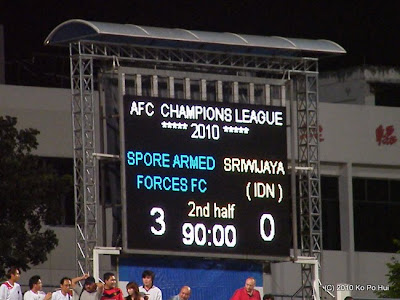 SHORT SCRIBE
Indeed, SAFFC shown why they are dead serious about making to the lucrative Asian Champions League (ACL) group stages, by bulldozed the woes-besieged Sriwijaya 3-0 at the Jalan Besar Stadium.

While there are some gelling works to be done in the Warriors camp, what their opponents in the S.League can foresee is that if the defending champions can get their act fast, then it's not hard to see why they are still THE team to beat. 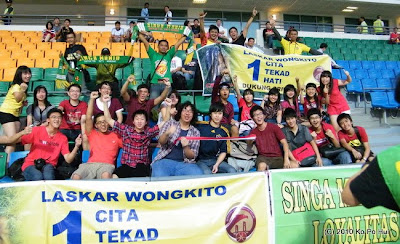 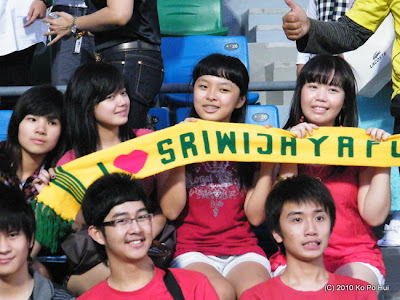 Some Sriwijaya supporters (pictured above) spotted at the stand, whom I believe (in personal opinion) are local-based Indonesian students.

Unfortunately, these fans are relatively small in numbers and were being silenced for large part of the game after their team were overrun by their hosts. 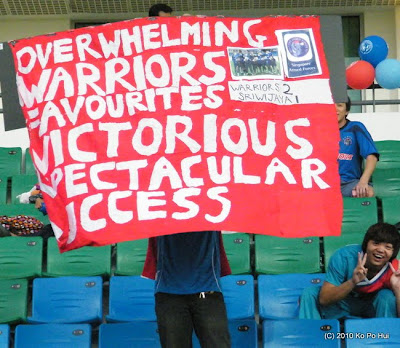 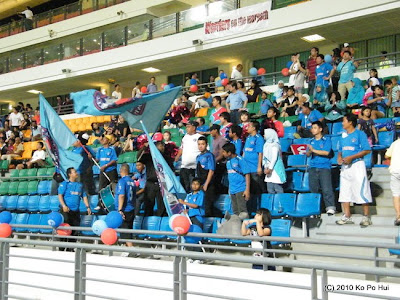 While the SAFFC supporters (pictured above) were in their usual boisterous self with their drumming and singing routine, without the aid from the rest.

Sriwijaya's custodian Feri Rotin Sulu (pictured above) sunk to the ground helplessly, after an unmarked Akiyoshi Taisuke opened the account of the night in just seven minutes into play. 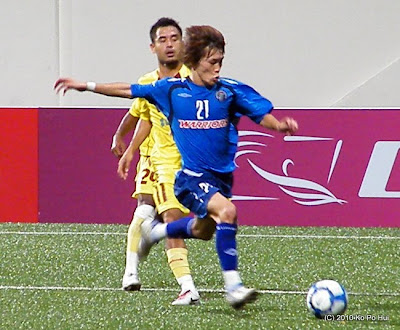 SAFFC's new signing Taisuke (pictured above in blue jersey) impressed those at the game with his exploits on the left flank and was singled out coach Richard Bok as the player most impressed on the field (P.S: this picture was picked up by SingaporeSports.sg). 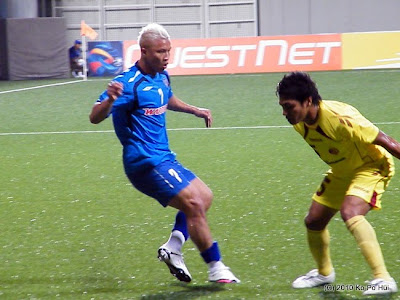 Former international Ahmad Latiff Khamarudin (pictured above in blue jersey), who terrorized the Sumatran's defence with his running on and off the ball on the middle of the park and right flank, was credited with the assist that led to the first goal of the game in the seventh minute. 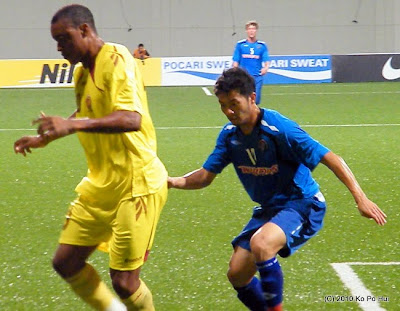 Fans might have seen a different Indra Sahdan Daud (pictured above right in foreground) in the SAFFC's jersey with the national frontman getting more involved in the attacking play, which coach Richard Bok's game plan this year is to see a more mobile style of football.

While his national team-mate Precious Emuejeraye (pictured above left in foreground) did not really stamped his presence on his position, judging the number of the offences launched at Sriwijaya's defensive third. 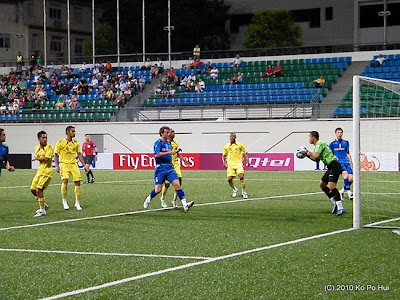 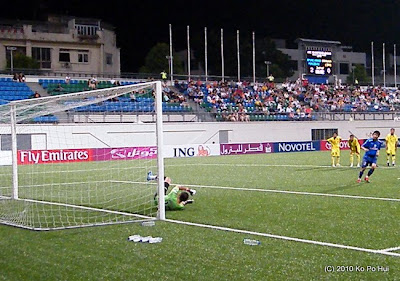 Indra Sahdan made it 3-0 in the 89th minute from the spot, after second attempt when the first attempt was deemed illegal due to an infringement by 'keeper Feri Sulu. 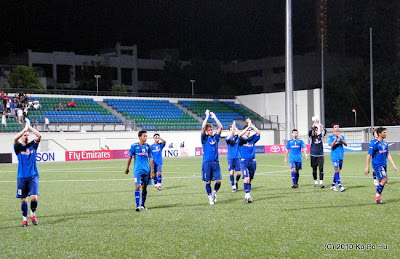 The Warriors showing their appreciation to their supporters after the match.
POST-MATCH PRESS CONFERENCE 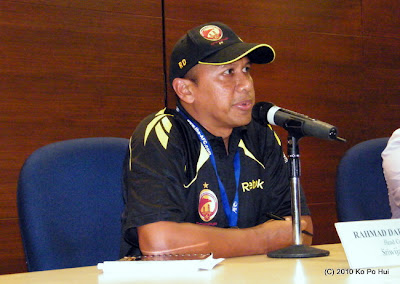 “In this game, we had six opportunities to score, but we failed to do so.” lamented Sriwijaya coach Rachmat Darmawan (pictured above) in the post-match media conference.
“During the second half, we were reduced to ten men (Marthen Worabai's expulsion in the 62nd minute) and resulted us facing some difficulties in play the ball in the box, despite wining some possessions.” he added

“With the experience we gained from playing the ACL, I feel we can do well in the AFC Cup.” concluded coach Rachmat when asked about the Palembang-based club's chance the continental second-tier club competition. 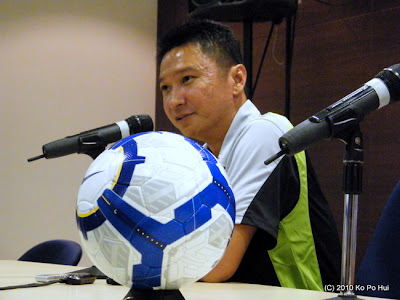 “This being our competitive match, as compared to Sriwijaya who are already in the mid of their season.” said SAFFC's coach Richard Bok (pictured above) in his address to the media after the game.

“There are still some rooms for improvement, especially at the top of the box in our defence.

“But given that this is a new team we are fielding, definitely there are plenty of gelling to be done, nonetheless, this win (tonight) is morale boaster that gives the team the much-needed confidence.” said coach Bok.

MORE PICTURES ON THE MATCH, CAN BE SEEN ON THIS BLOG FACEBOOK PAGE at