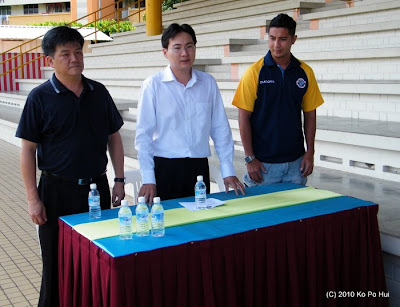 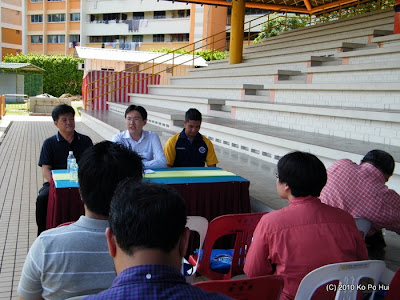 The press-conference was held at the Hougang Stadium - the home ground of Sengkang Punggol.
While not going into much details, Mr Tan believes with the vision of a forward-looking club committee, that took over the running of the Hougang-based club during mid last year, Sengkang can achieve not only its financial ambitions and also that of improving their league standings. 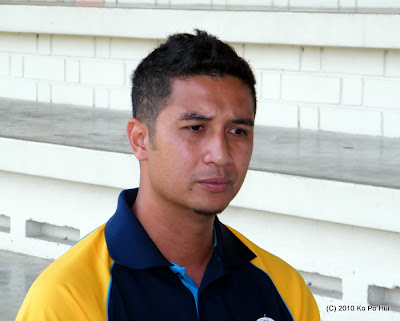 Head coach Aide Iskandar in his address to the media outlines the target of the club.

"With hard work and the confidence we hope to achieve that, which is something I hope to do as a coach, after I had achieved so much as a player." he added.

While he'll be focusing on his coaching duties, Aide did not rule himself out for comeback as a player, should there's a need to do so. 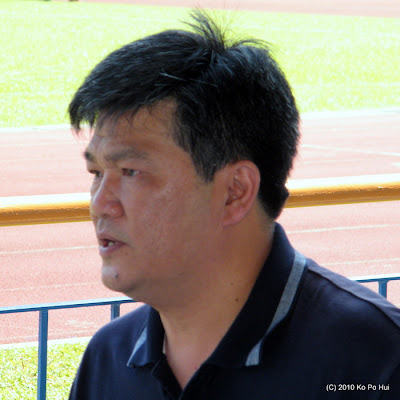 Mr Bruce Tan (no relation to Edwin), who replaces Richard Wong as the team manager for the upcoming season, served as the Head of Technical (Football) of the club last year. 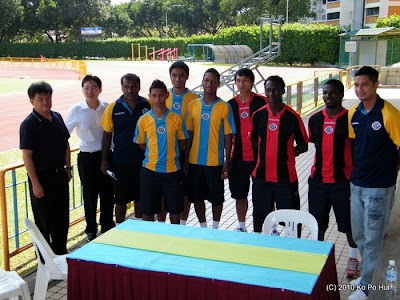 After the Q and A session, some of the players and management posed for this photo-shoot. 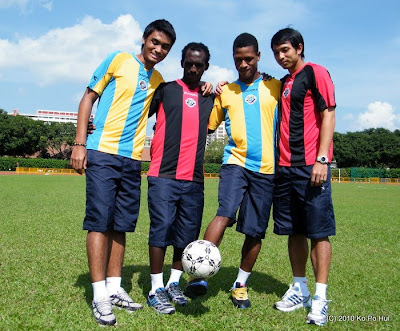 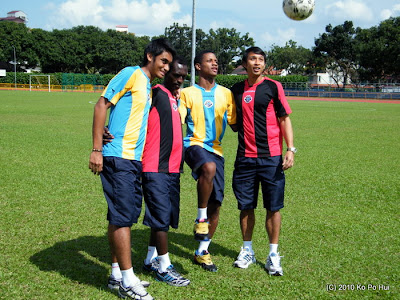 "Up and away" as Webb lifted the ball off the ground, which the club hopes to do so for the upcoming season.
Had a brief chat with Mr Edwin Tan on the club's community outreach program during the reception, he said the main priority is to see improvement in the team's performance on the field, before moving on to things such as community outreach, etc.

But at the end of the day, Mr Tan reiterated that they're in this line to promote the sport and the industry as a whole to help the development of the game in Singapore.
logged down by Ko Po Hui at 22:35:00