SHORT SCRIBE
Attended my second pre-season friendly today at the Toa Payoh Stadium, where Balestier Khalsa played hosts to the visiting Woodlands Wellington.
For the record, the guests Rams, who only played their first friendly since their season preparation today, defeated their hosts 1-0 with a solitary header from Asraf Rashid in the first half. 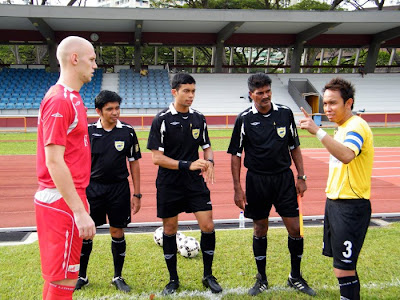 Daniel Hammond (above pictured first from left) is one of those few featured players switched sides between Balestier and Woodlands in this friendly. 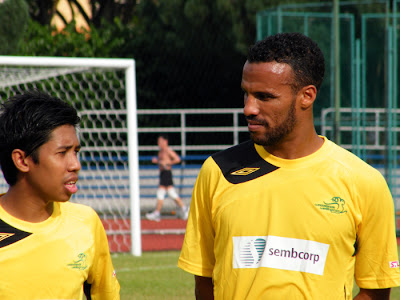 Making his return to S.League is Moroccan striker Laakkad Abdelhadi (above picture right), who was the S.League Player of the Year in 2006 and leading scorer in that same year. 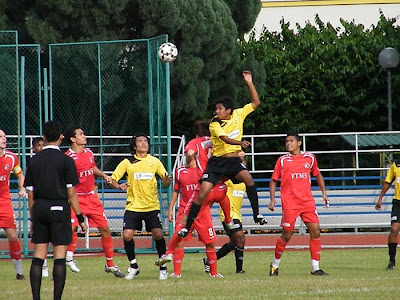 Some actions in the Tigers' box in the first half. 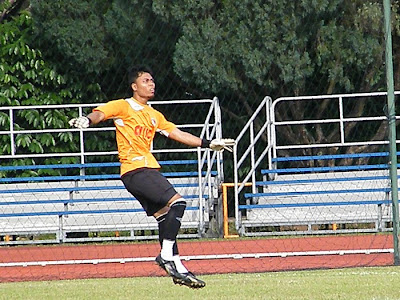 Balestier's 'keeper Ahmadulhaq Che Omar (above) played for the Rams last season, while his opposite number Hafez Mawasi was on Tigers' payroll last year. 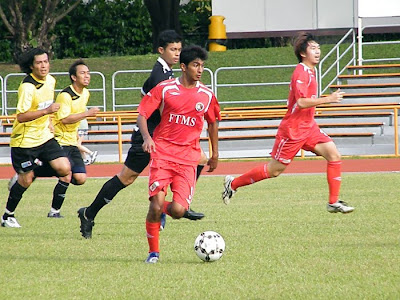 Anand Rajan (running with the ball) is one of the players retained by Balestier for the upcoming campaign. 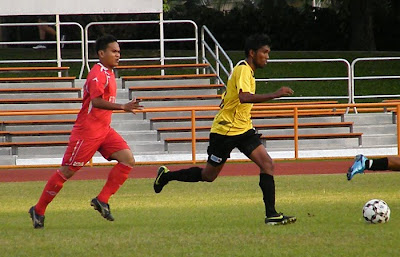 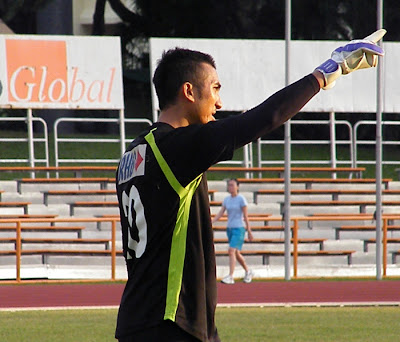 Woodland's 'keeper in the second half - Fajar Sarib (above), who played for Home United and won the Singapore Cup with Geylang United, actually started out with Balestier as a replacement for the "fallen" Abdul Malek in the early days of the S.League. 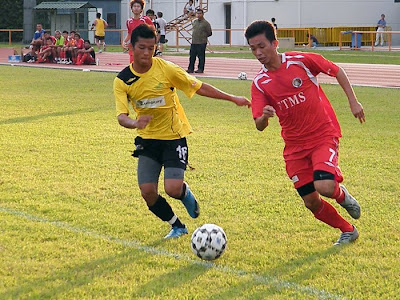 Action shot near the goal-line in second half. 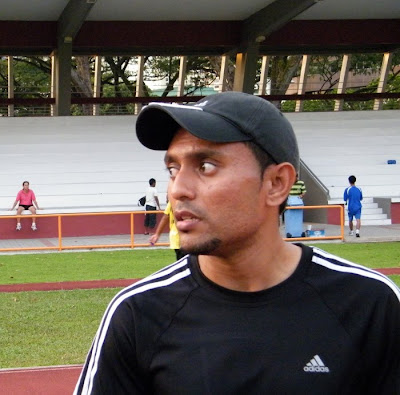 Woodlands coach Shasi Kumar (above) pleased with the fact that the players he has are all "proven" players and the "hunger for success" in the team's mentality will fuel the team's success despite on a shoe-string budget. 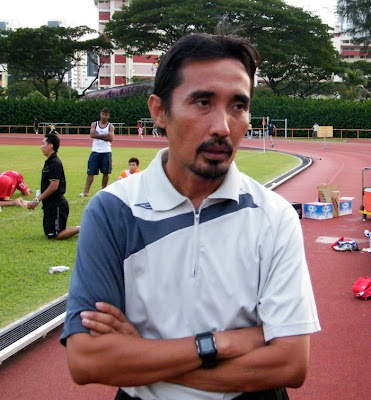 Balestier's coach Nasaruddin Jalil (above) believes the experiences of players such as Daniel Hammond and Ishak Zainol are essential to guide a youth-based team like Balestier, which he felt was one of the elements missing in the last season.
logged down by Ko Po Hui at 00:02:00