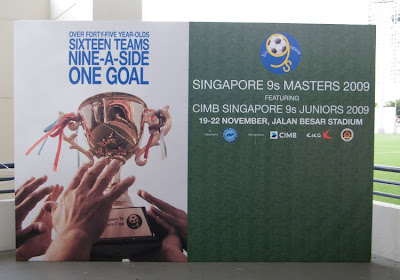 A mundane weekend saw me head down to Jalan Besar Stadium over the last weekend to catch some veterans footballers in action.

It was indeed a low-key affair when most at the grounds were either old school-mates, teammates or family members of the players.

While the pace of the game was not what we saw in those S.League matches, where speed and aggression are the keys of the game.

Instead, much slower pace football does has its merits as it was much relaxed and less intense since everyone was there to reminisce the good ol' days. 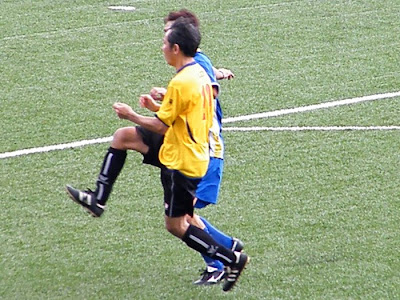 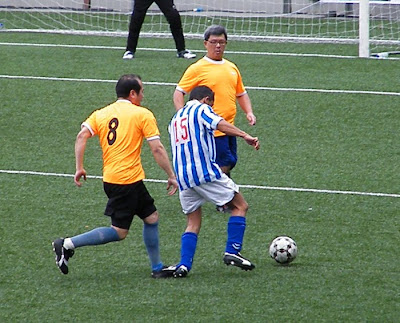 The KLM team (in stripes) were one of the two foreign teams in action. 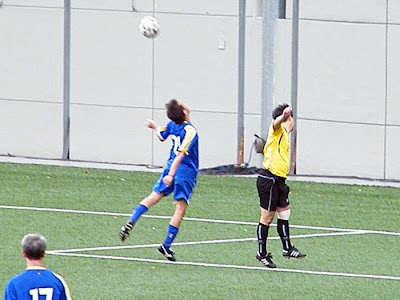 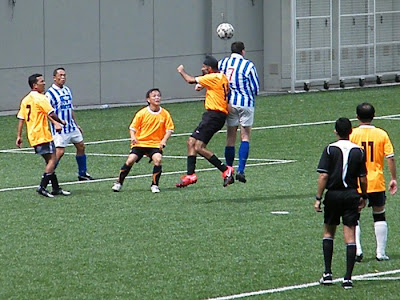 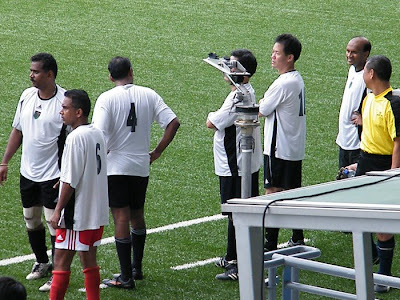 The players from Old Raffles Association waiting for their turn to play. 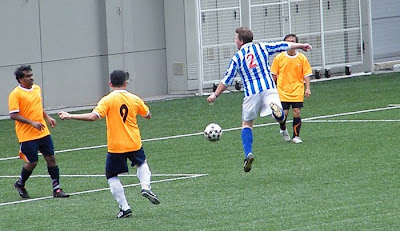 What a leap in attempt to head the ball from the number 2 player from KLM team. 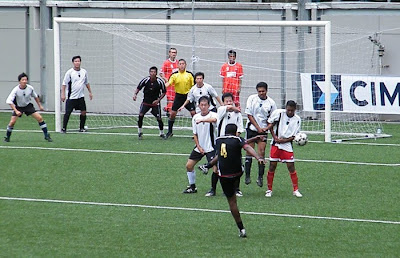 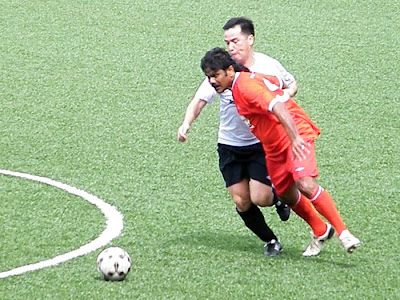 Tussling for possession is necessary. 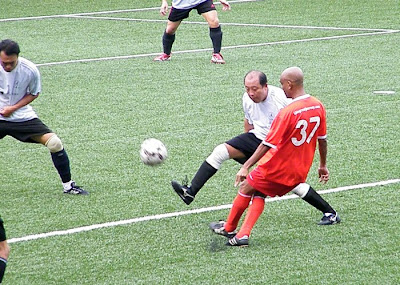 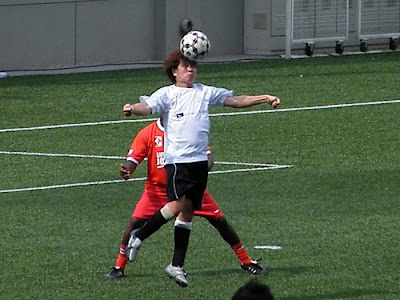 A great clearance header from this defender in white. 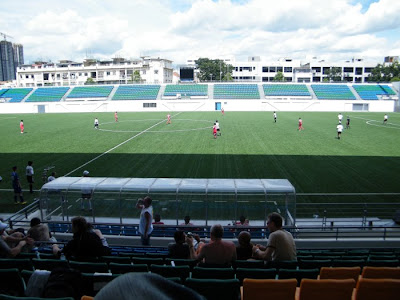 The mid-day heat was something these veterans got to cope with. 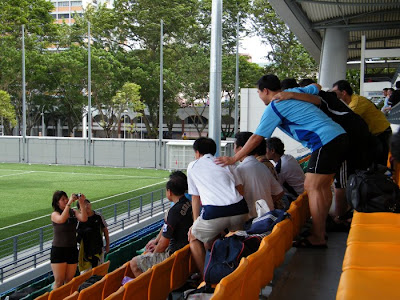 It's a time to get together for a kick-about for these "abangs" and group-picture taking. 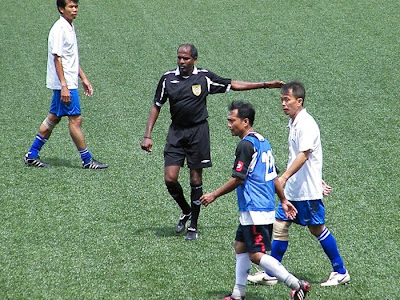 There was only ONE official on the field during the play - the referee.
THE WINNERS 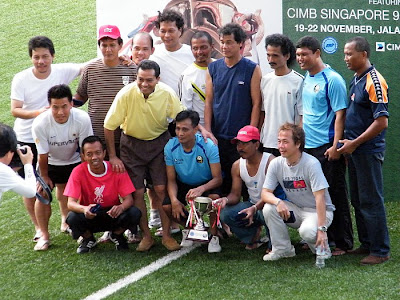 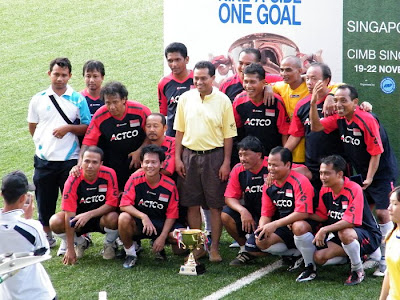 (Picture above) The Singapore Malays, with several ex-national players, overpowered Old Raffles' Association to take the "Cup".
logged down by Ko Po Hui at 23:59:00