Another wash-out affair as Lions easily overcome a tame Garuda... 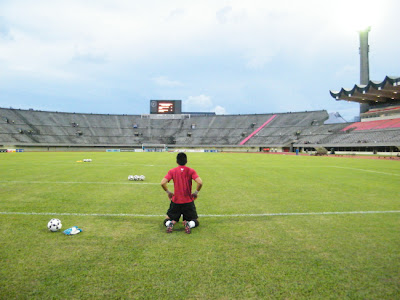 Hassan Sunny was the first player to come out for his warming up
The Lions kept their composure well in the first half (save for that slip when they allowed the Indonesians to level shortly after they took the lead in the 10th minute) to restrict their guests from prowling deep into their half to maintain their 2-1 lead.

In a washed-out second half, the Republic continued to control the match with the lack of serious test from their neighbours as one more goal from Aleksandar Duric was added on to round up the day at 3-1. 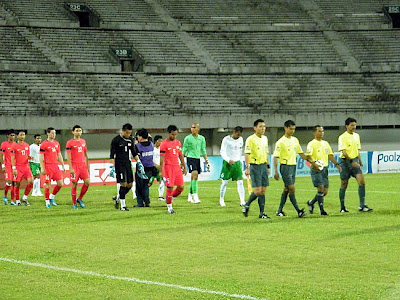 The match officials leaded the teams out. 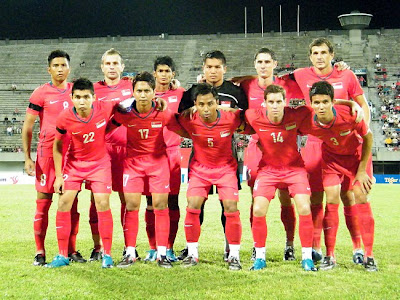 Sengkang's Noh Rahman (5) was named as the skipper for this game. 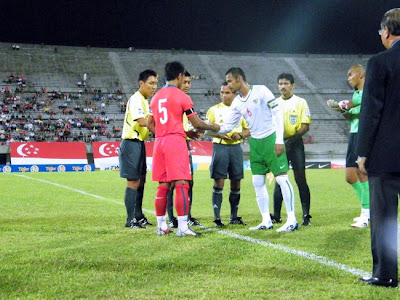 The coin-toss and pre-match pleasantries. 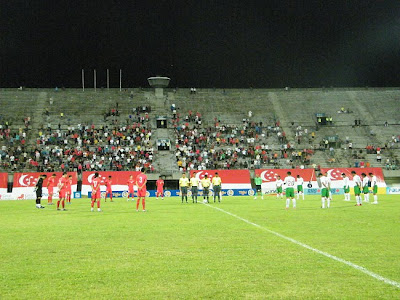 One-minute silence as a mark of respect to the late coach Sivalingam, who passed away on last Sunday. 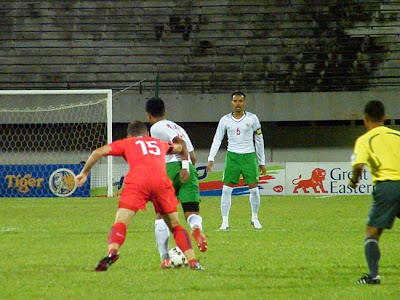 One of the Indonesian-based Lions - Fahrudin Mustafic (15) in a ball-tussling battle. 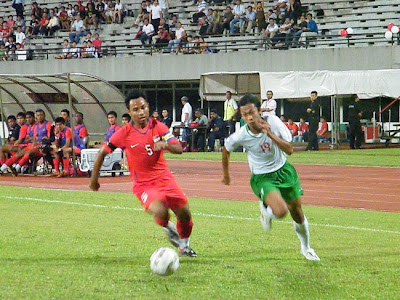 Noh Rahman and Arif Suyono battled out on the flank. 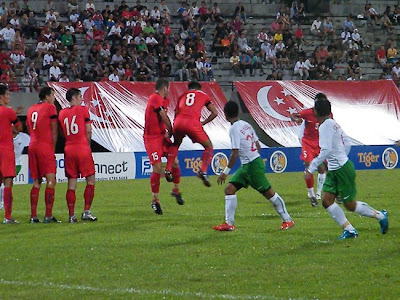 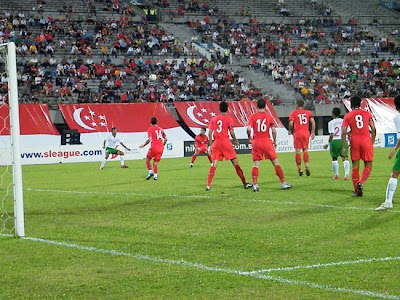 The Lions did well to cushion the attacks by the Indonesians. 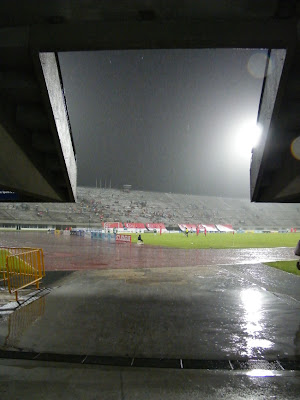 It was raining heavily at the start of the second half. 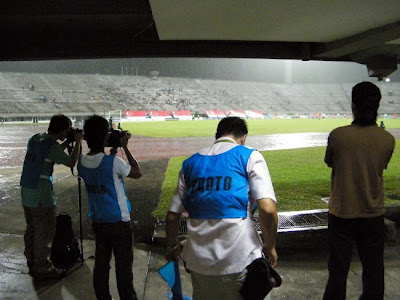 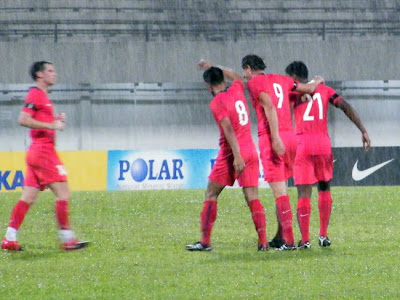 Duric (9) scored his second goal of the night on 58th minute. 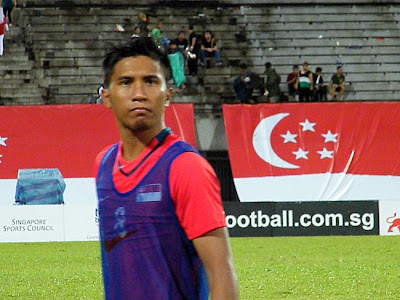 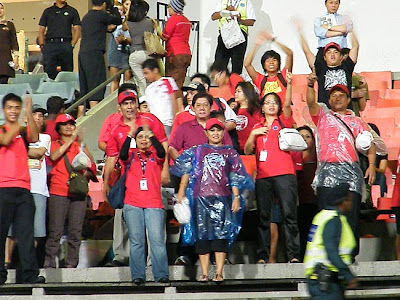 These fans went home in a jovial mood.

AT THE POST-MATCH MEDIA CONFERENCE 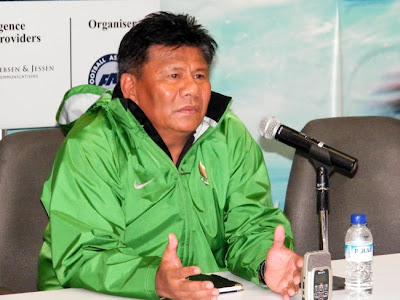 Indonesian coach Benny Dollo (above) at the post-match media conference, as I was late into the room (having to rush from the pitch after the game), so I can't comment on what he said. 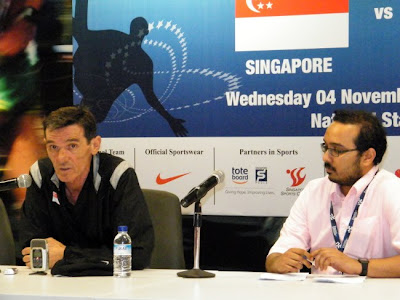 Coach Raddy blasted some members of the media before taking questions from the floor, as he's angry the fact that some "negative" news articles were being published before the upcoming Asian Cup qualifiers against Thailand.

He said media should not just focus of the negative side of the game, but also the positive side of it.

On the other hand, coach Raddy remained unfazed when asked if Thai's assistant coach Steve Darby's familiarity of Singapore players would work against him and the Lions.
logged down by Ko Po Hui at 23:05:00