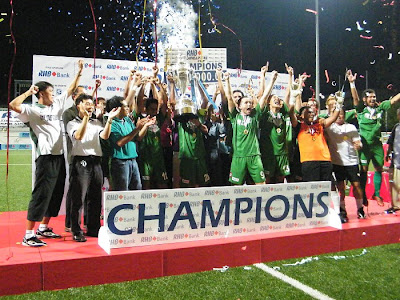 Geylang upset Bangkok Glass to ensure the Cup remains in Singapore.
So what if Bangkok Glass were the dominating side in terms of attacking and having most of the possession throughout the game?

So what if Geylang were the side being under siege and not getting enough balls behind the Thais' defence? 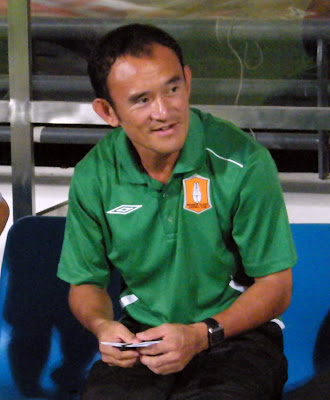 Probably, in Glass Rabbits' coach J Surachai's (pictured above) words this should sums up perfectly.

The game is about having ONE percent of the chance and Geylang took that chance and scored.

Other than that, his former teammate at Home United, the Eagles' custodian Yazid Yasin had been another key factor to deny the Thais from bringing the Cup out to Bangkok via Changi Airport. 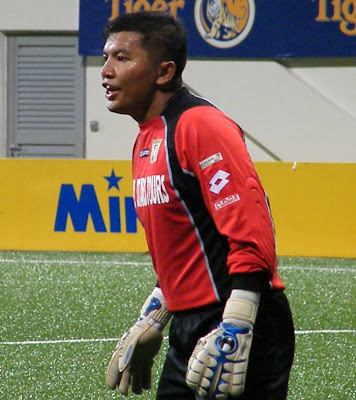 Yazid Yasin (above) had a great game between the posts for the Eagles. 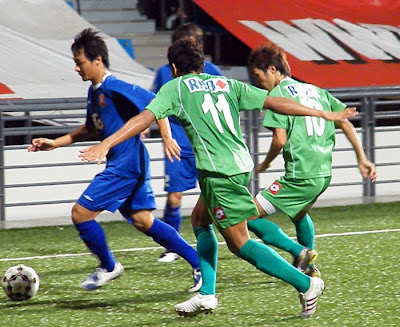 The Glass Rabbit (in blue, instead of their usual green-white stripe) dominated much of the play. 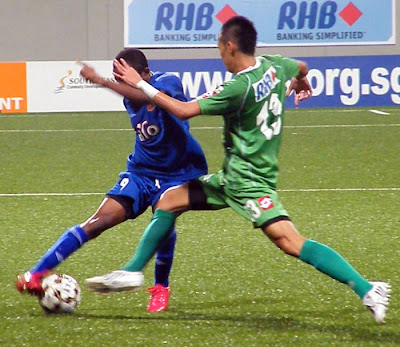 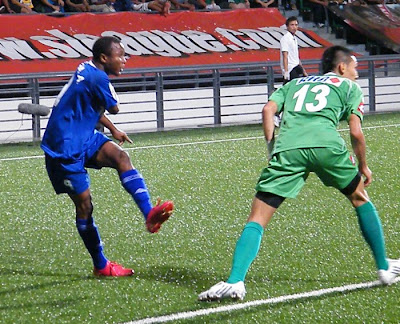 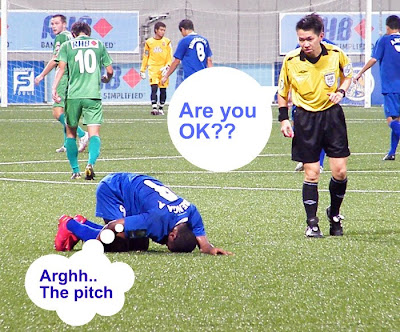 Geylang did a good job to shackle Glass' dangerman Gbenga Ajayi (9) in the final. 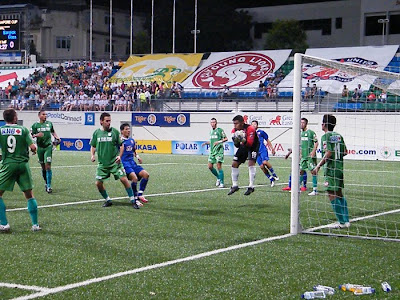 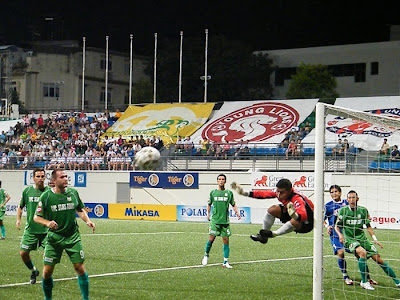 As mentioned, Yazid's heroics was crucial to ensure Geylang's success moments ago. 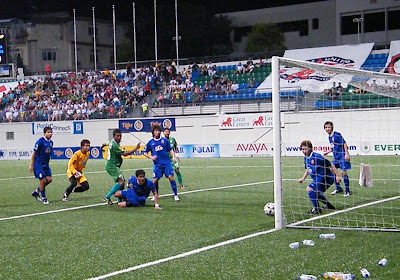 Looked like the goal BUT it was this shot that hit the upright and resulted Hafiz Rahim's goal in the 82nd minute (above).

But this was the key moment that ensured everybody could go home early - Yazid saved the penalty kick. 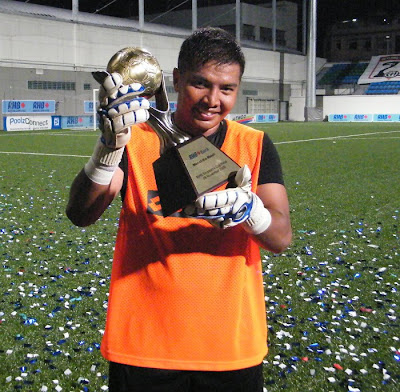 Truly deserved it - the Man of The Match, Yazid Yasin. 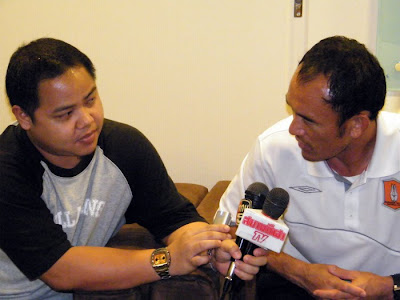 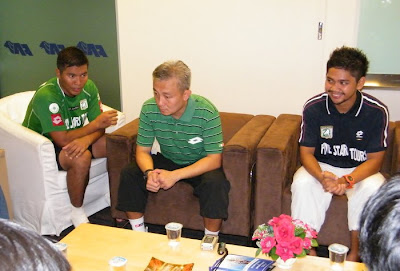 Geylang's coach Mike Wong's (center, with goal-scorer Hafiz Rahim on his left and Yazid on his right) main priority now is to retain as many of its current players as possible and recruit new ones as well.

With the Cup victory, Geylang United make its back to the continental scene via AFC Cup, which they last took part in 2004.
logged down by Ko Po Hui at 23:30:00