Who do you think you are?

It's ironically that since that 3-1 defeat to Thailand on Saturday, this blog recorded its biggest viewership since its establishment as it surpassed the previous record set on 20th May 2009. 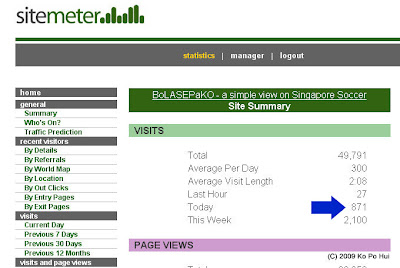 So as a basic courtesy, I would like to say a big THANK YOU to all those folks who had flocked in over the past few days that made it possible to this new record.

And it the meantime, active discussions have been taken place since that heart-breaking defeat with many opinions, views, thoughts etc. being shared on and off the line. 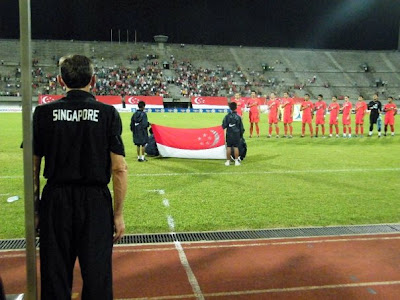 It's seems to be always the case whenever we suffered any defeat or sort, all kind of brickbats would be thrown at the players or whosoever involved and even when we won or performed credibly the players, at times, would be discredited because "YOU have FTs" or "YOU're just plain LUCKY" etc.

I scanned through some of those discussions took place on whatever platforms, you can easily noticed that there's nothing much constructive except for a few opinions shared. 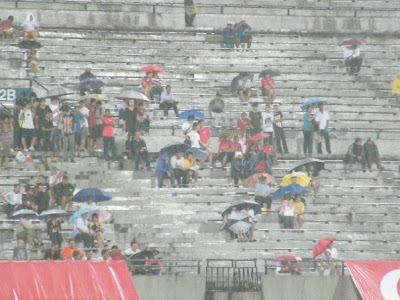 It wouldn't hurt me so much if comments were made by those passionate fans (like those who braved the rain to watch the Lions beat the Indonesians, as pictured above).

But at the end of it, we have to ask ourselves (included myself) - the FAS, the clubs, the coaches, the admin staff, the players, the ball boys, the groundsman, the security personals and the general public (I used the word - general public NOT fans) - what have we done and are we doing anything to stop the rot?
logged down by Ko Po Hui at 00:08:00