S.League Awards Nite 2009 - Behind the scene (my perspective)

The annual marquee event of the local football fraternity returned to Caldecott Broadcast Center after a two-year break, as all involved came together to honour the best of the best of the who and who of Singapore football.

As I was tasked something else in the event, I did not watch the whole proceeding like two years at Suntec City, while hopping in and out of media at Orchard Hotel last year.

SOME PICTURES FROM THE EVENT 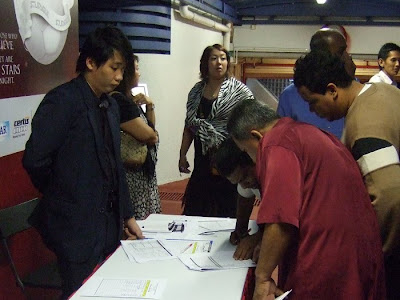 The registration counter at the entrance of the venue. 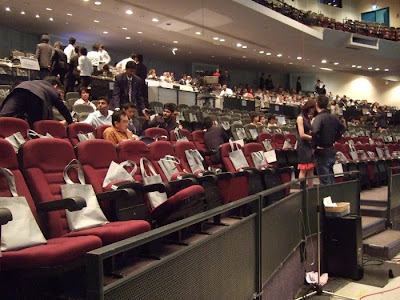 The TV Theater was the main event hall of the night. 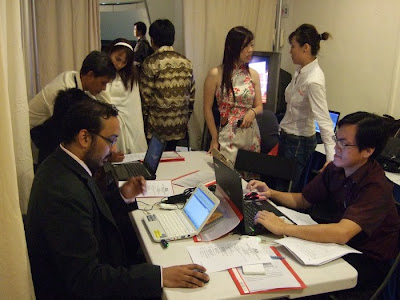 A small section of the lobby outside the TV Theater turned into a makeshift media work area. 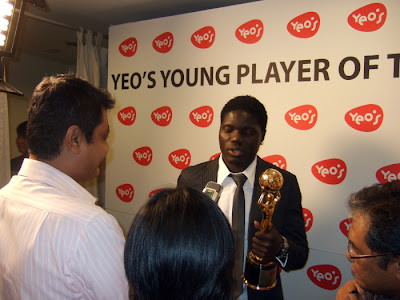 Gombak United's star winger OJ Obatola claimed the first award of the night - Yeo's Young Player of the Year Award, before adding the "People's choice" award to his collection. 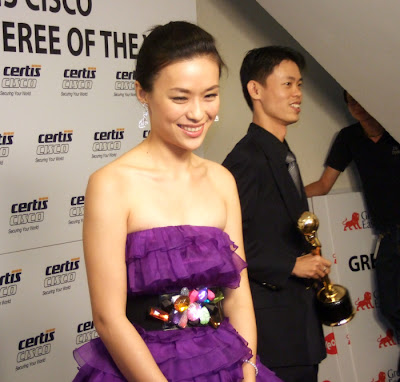 Actress Rebecca Lim was about to make her way out, after some photo opportunity with "Assistant Referee of the Year"- Jeffrey Goh, when I snapped this... Sorry :P 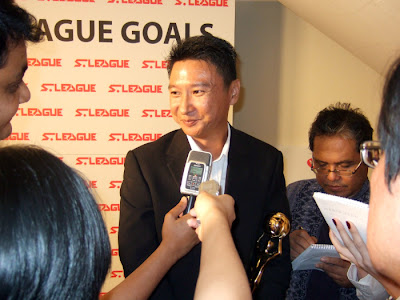 SAFFC's coach Richard Bok capped his season with another feather - Coach of the Year Award. 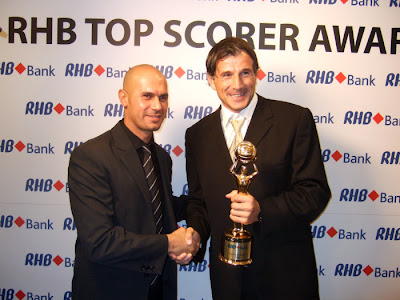 Got a text on Aleksandar Duric (right, with former Lions' idol Abbas Saad) while he picked up the "Top Scorer Award" that he might be continued the trend. 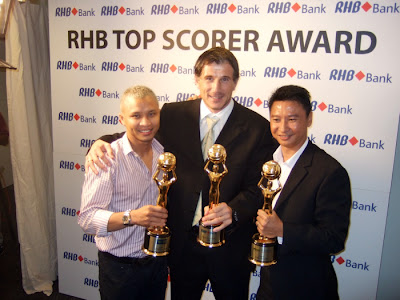 Ahmad Latiff picked up the "Goal of the Year" award for the goal he scored against Albirex Niigata on 26th March.

Good thing that there was a cab outside the Broadcast Center on my way out of the maze, as I simply dread the idea of venture along the dark alley of Andrew Road to Lornie Road to take a bus home.
logged down by Ko Po Hui at 22:58:00