"We need to start well in the league as well..."

The defending champions SAFFC, fresh from their mid-week ACL victory, is back in town to kick start the defending of their league title with perennial minnows, Balestier Khalsa being their first opponents for the season 2009.

Credits to my hometown club that they hold the Warriors at the bay until veteran striker Aleksandar Duric broke the deadlock in the 36th minute with a well-taken shot, after chested down a long pass from the middle of the park, from outside the box.

Following the penalty and a strike in the second half, SAFFC collected all the three points at stake. 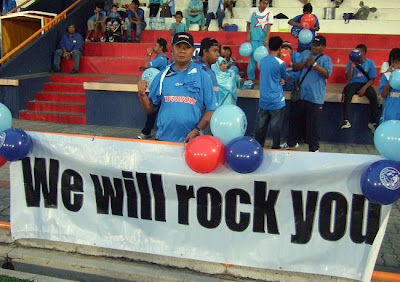 This "abang" requested to have this picture taken, well here you go, 'bang. 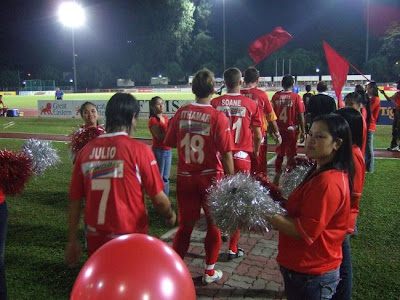 The Balestier players being ushered to the field, amid the cheers of the cheerleaders 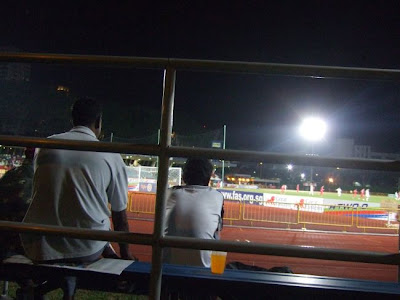 Some would felt here offered the better view of the game. 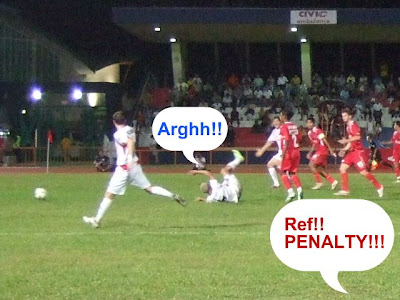 Ahmad Latiff was tripped in the box and awarded the spot-kick. 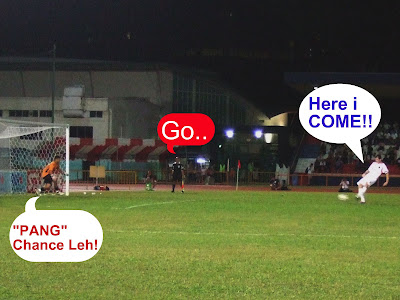 Skipper Aleksandar Duric made no mistake from the spot. 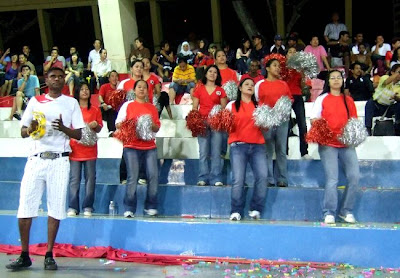 The Tigers' cheerleaders in action... 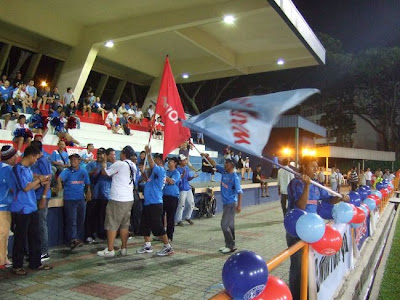 The Warriors' fans jubilant after their heroes walked away with all three points. 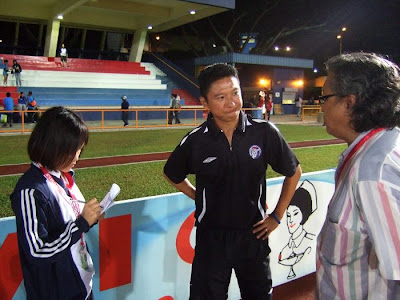 "It's important to start well in the league (other than doing well in the ACL), so which is why I need to field my best XI" said SAFFC's coach Richard Bok (middle) 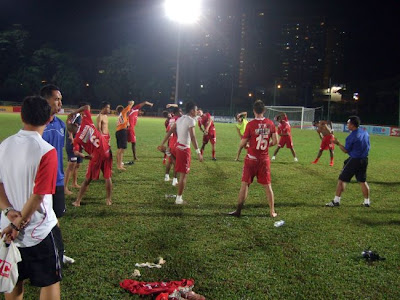 The Tigers having their "warming-down" session after the game. 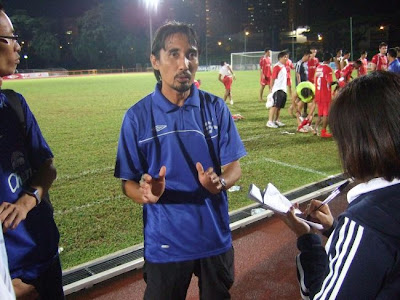 Balestier's coach Nasaruddin Jalil admits that the lack of a playmaker like SAFFC's Therdsak Chaiman eluded the fluency in the Tigers' play, but he's glad that having faced the defending champions and Home United in their upcoming match will help to gauge the progress of his young team.
logged down by Ko Po Hui at 00:01:00

Email ThisBlogThis!Share to TwitterShare to FacebookShare to Pinterest
Classifed as: Balestier, S.League, SAFFC