I was late for the game anyway when the game, officiated by Abdul Malik Bashir who was recently praised by the AFC President Mohamed Bin Hamman, was delayed for 20 minutes or so due to the downpour.

It was a goal-less draw at the end of first half and when the second half resumed I decided to position myself at the back-of-the-net of Balestier's goal and saw the "soft" goal scored by Geylang's skipper Noor Ali. 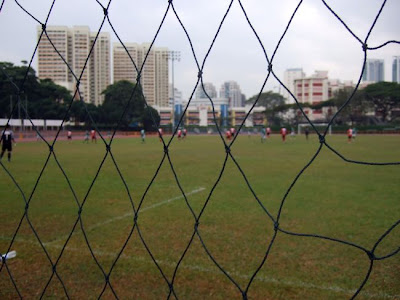 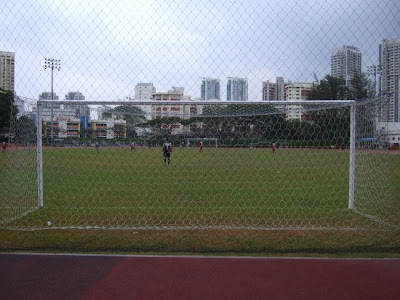 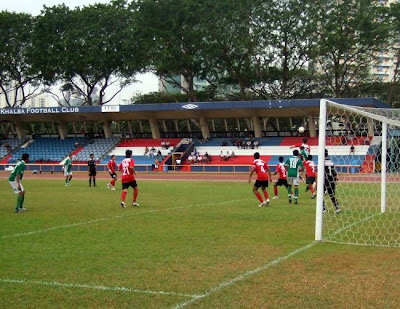 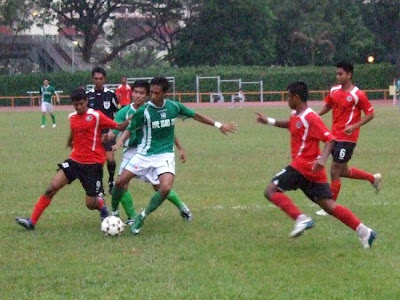 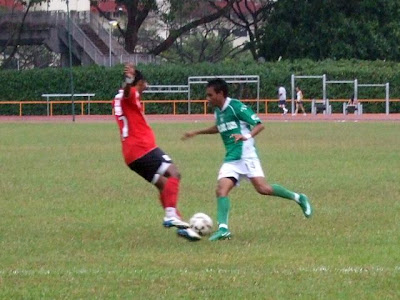 The last two pictures were "close-up" from the originals which are why they may appeared to be "blur".