(P.S: I think I made a blooper out of this fixture, must be the heat of the 5pm that heat-stroked me.. I'm sorry for the mistake made earlier with necessary amendment made accordingly.)

SHORT SCRIBE
For the record, the match concluded with a 3-2 victory for the Rams over the Eagles - the two glamour teams way back in the founding year of the league (remember 28,000 paying fans witnessed a top-of-table clash between perennial powerhouse Geylang United and "New Kids On the Block" Woodlands Wellington at the National Stadium in 1996's Tiger Beer Series?).

Anyway, managed to rush from Hougang to Bedok for this friendly fixture under the scorching sun is by no mean an easy feat.

It's not because the journey involved, rather the fact that heat was unbearable as the sunlight was so bright that it's rather difficult to snap some shots using my S2000, due to its setting limitations. 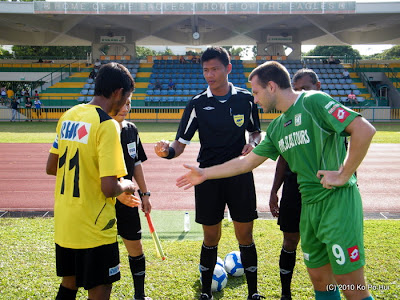 Former Eagles skipper Noor Ali (pictured left) now with Woodlands in the customary coin-toss with his counterpart Miroslav Latiak (only few months ago they lifted the Singapore Cup together). 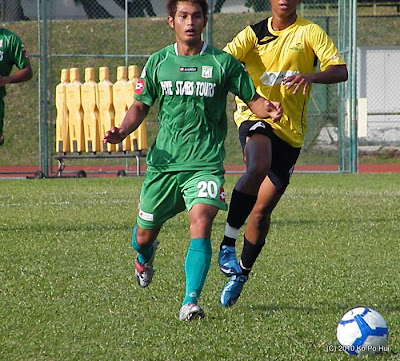 As the new season is yet to kick-off, it's common to see swapped jerseys during the friendlies (eg: the number 20 wore by Noor Ali last season was "recycled" as depicted above) 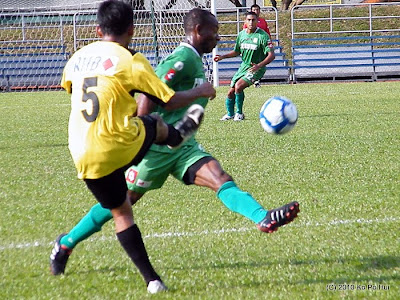 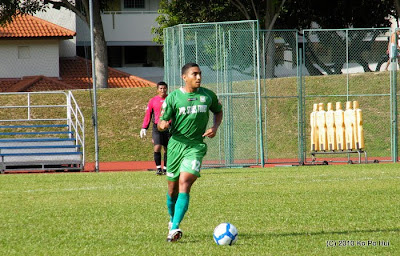 Of course, for those retained like Adrian Danaraj gets to wear his last season's kit (his number - 12). 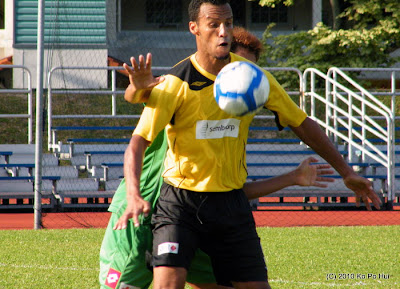 Laakkad Abdelhadi (in front) in action - having taken a break from football for a year for his recuperating from his injury, the Moroccan marksman is eager to lit up the fire like he did before. 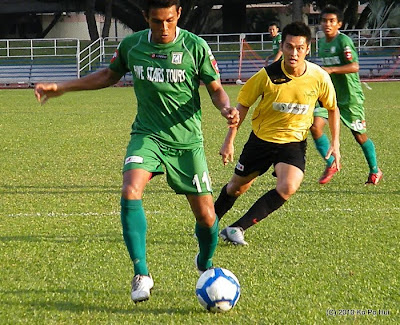 Winston Yap (the player in yellow jersey) is a journey man in Singapore football, whose career saw he played for SAFFC, Gombak United and Sengkang Punggol, he actually owns a title medal which he won with Geylang in 2001. 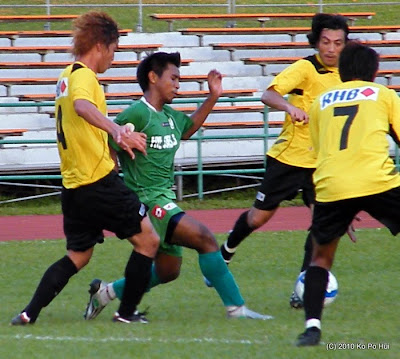 A close-up shot of the action in second half. 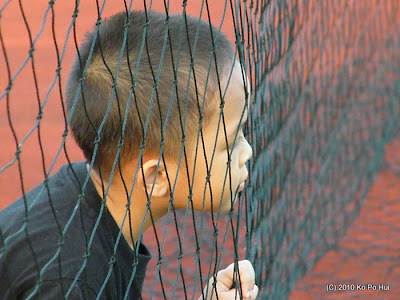 While a young fan was spotted watching the game from behind the net. 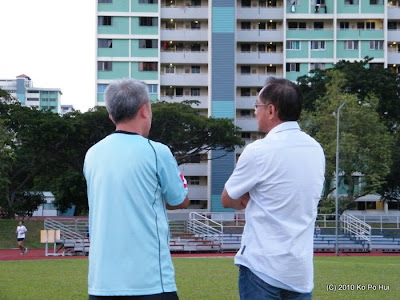