By Ko Po Hui May 02, 2009
SAFFC were knocked out of the Singapore Cup tournament by a resurrected Geylang United at the Bedok Stadium. 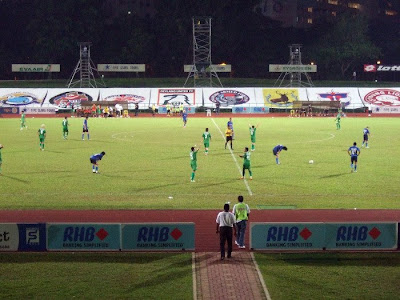 Picture tells a thousand words - take note of SAFFC's players' (in darker outfit) reaction after the game.
"They (Geylang) took their chances and we didn't." said grim-faced Richard Bok after his fatigued SAFFC were knocked out of the Singapore Cup by Geylang United.

"Football is that we don't score and we don't win the game at all.

"The morale is a bit low and it's not easy to get it up but we'll try." he added 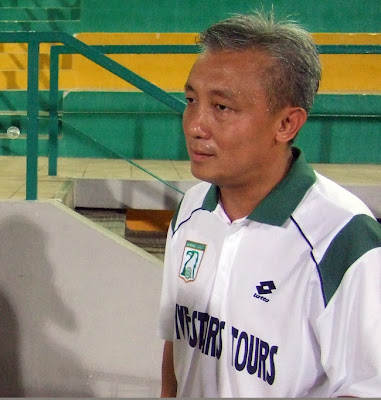 "The urgency to win is there as we want to prove our last three victories before the draw against the Young Lions were not fluke." said Geylang's coach Mike Wong (above) in his post-match assessment with the press.

"Every game to us is like a Cup Final now since we started off quite badly in our league campaign. 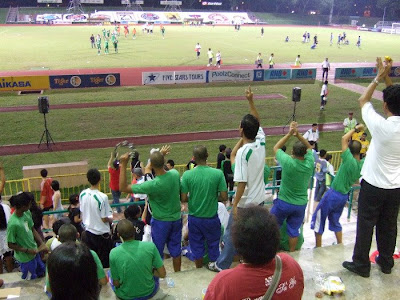 Jubilant Geylang supporters after the match.