Over the weekend when no one remain unbeaten... 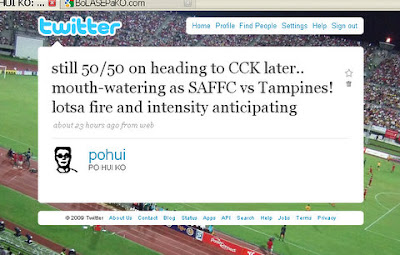 I "tweeted" (above) before I reached Choa Chu Kang Stadium yesterday that expect "lotsa fire and intensity" when SAFFC versus Tampines Rovers.

Indeed, the old feud of Noh Alam Shah and Daniel Bennett resurfaced after the former had allegedly elbowed the latter when "Ah Long" scored the equalizer, that was ruled illegal by referee Abas Daud following consultation with his assistant.

Suddenly, that 2007 Cup Final fiasco resurfaced inside the stadium with the fiery striker had to be restrained before making his way out of field following his marching order, and all in front national coach Raddy Avramovic. 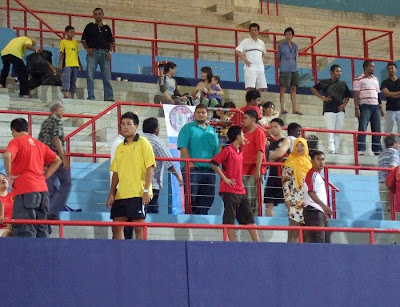 Stags fans had every right to be angry
Without any doubt, the furious Tampines supporters felt that British-born Bennett was instrumental in the sending off and hurled endless of verbal abuses towards the center-back at the end of day.

Although, I wasn't sure if the stadium announcer did the sensible thing by leading the three cheers to the winning side amid such a tense circumstance. 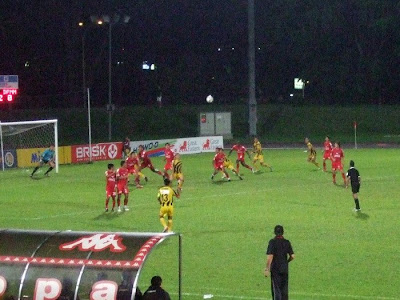 Debutant DPMM were beaten 2-0 by Home United at the Clementi Stadium.

The Bruneians' backline were severely weaken following the suspension of their four regular defenders that coach Vjeran Simunic had to field six new players in their fixture against Home United.

To be honest, these six new guys played reasonably well in the first half but this was what the coach had to say. 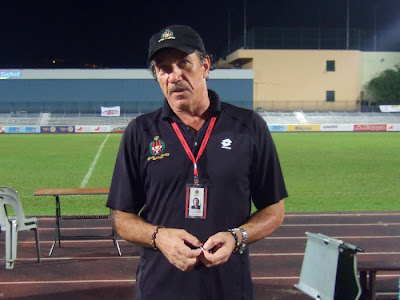 "I'll not field those six players whom I put in place of those regulars (who were suspended) in the next game because I have a new set of team back in Brunei for the next game." said coach Simunic after the game.

"I felt it's not a penalty as (Kengne) Ludovick simulated to earn it as I saw him smiling after the foul (that earned the penalty) and I saw him doing that many times before" when asked to comment about the 31st minute penalty which Japanese striker Norikazu Murakami failed to convert after Ludovick was fouled in the box.
logged down by Ko Po Hui at 23:38:00