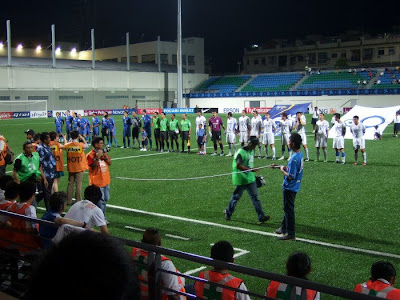 Teams lining up before the start
PREVIEW
Okay folks, we are heading towards the last home match of SAFFC's ACL campaign this coming Tuesday (5th of May) at the Jalan Besar Stadium.

It has not been a smooth ride for the defending S.League champions since their 5-0 defeat away to Kashima Antlers in the same tournament.

To add salt to the wounds, two successive losses to DPMM in Brunei on last Sunday and Geylang United on Labour Day saw the Warriors being knocked off from the top of the league standings and out of the RHB Singapore Cup respectively.

Indeed, this is something very rare for a team like SAFFC to go through this kind of ordeal.

The ACL has been an eye-opener for the club (if not the whole local football fraternity), as they are being exposed to the harsh reality of higher-pace and more dynamic style of football.

But with the Cup already out of their grasp, the Warriors need to know they need to recover fast mentally to remain in their hunt to defend their league title. 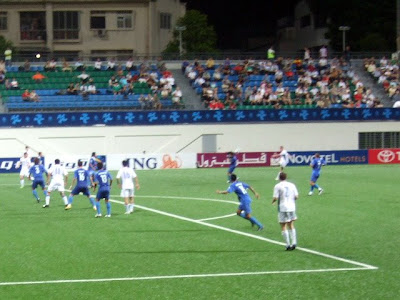 One of the reasons why they said "Football is a funny game" is simply because your team maybe having much of the ball and domainating much of the attacking plays but if your team can't score, that's it!! 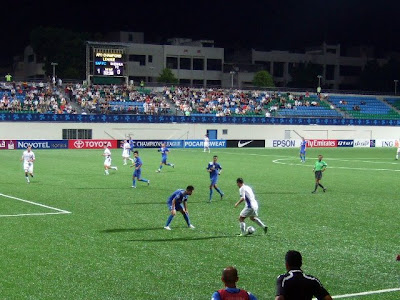 This was pretty much the case for Shanghai Shenhua who were in Singapre for their "do-or-die" battle when they faced SAFFC in this ACL Group G fixture. 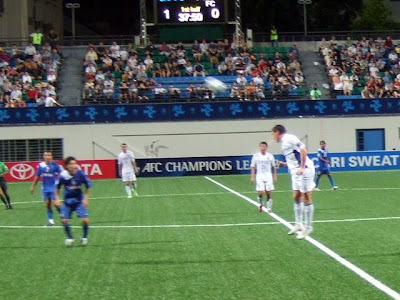 The Chinese started off aggressively and pinned the Warriors in their half right from the start but with an on-form Shahril Jantan guarding between the posts, it wasn't hard to tell why the Shanghainese couldn't break down such a resilient defence. 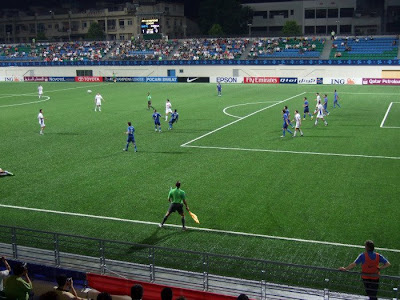 So when Ahmad Latiff's goal in the 29th minute put the home team ahead, it somehow proved that theory right.

Much of the SAFFC's success tonight attributed to their determined play and successful execution of the offside traps that neutralized the visitors' offences. 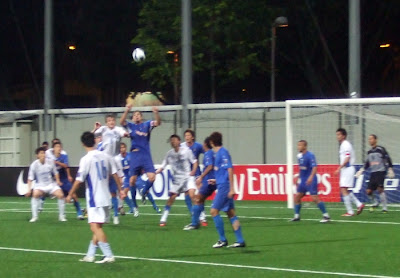 Nonetheless, Barcos Hernan equalized in the dying moments to deny SAFFC all three points in their final ACL game at home.

PICTURES FROM THE STAND 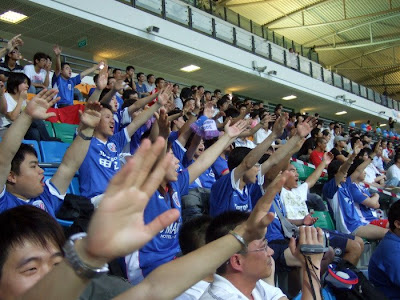 More than a hundred Shanghai Shenhua fans turned out for the match. Of which 80 of them flew in from Shanghai.

Was told by a certain group leader of theirs, a Mr Jin, that the 80 of them are members of two of the largest Shenhua fans' clubs in Shanghai - The Blue Devils (蓝魔), who are based in the northern stand of their home ground Hongkou stadium, while their sister group are known as the Blue Treasures (literally translated from 蓝宝）found their presence at Hongkou southern stand. 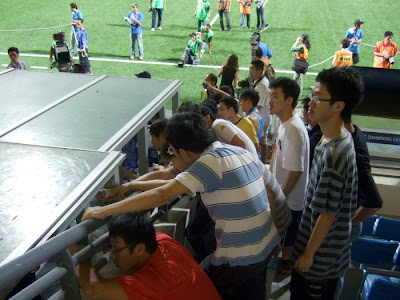 Eagerly waiting for their heroes to emerge from the tunnel. 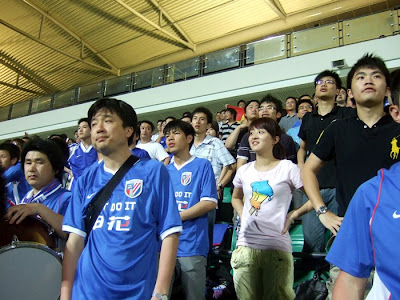 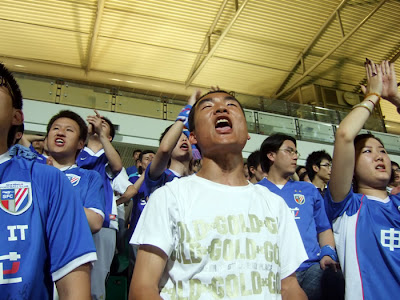 Shanghai's fans urging their team on 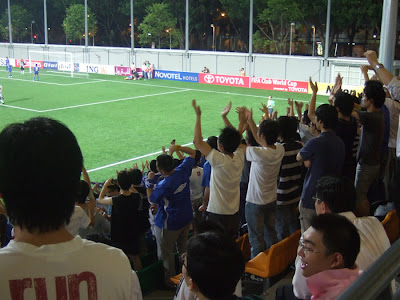 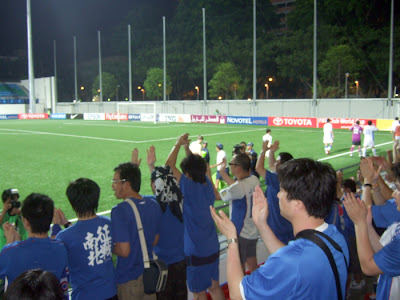 "At least a point, better than none"

"Overall, it was not a bad display by Shenhua but we lacked a bit of luck and also some bad refereeing decisions that went against us " said Mr Jin after the final whistle.
PRESS CONFERENCE 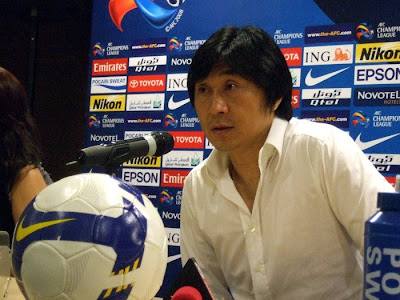 "We tried our best and tonight we created a lot of chances in the match, something that's a rarity recently" said Shanghai's coach Jia XiuQuan (above) in his post-match assessment.

"To us a draw is not a good result and I mentioned before SAFFC is not a weak team, so having being a goal down (for large part of the game) is something not embarrass." added the former Chinese national team defender. 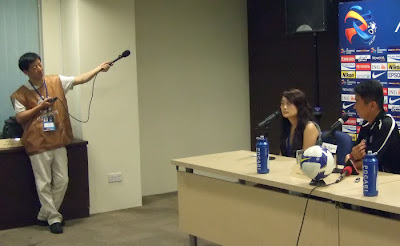 "It's a fantastic result for us as to me one point (from tonight's game) is equal to a win." said SAFFC coach Richard Bok (above right, with the translator in the middle)

"(Goalkeeper) Shahril (Jantan) has been consistence throughout the ACL as he always raised his game and gave a good performance when he played."

"It's a morale boaster to the team (after snapping the three-game losing streak before this) and it put us in a right frame of mind when we face Tampines (this coming weekend)." he added.

(P.S: Good thing I'm bilingual, as the poor translator of the night kept misinterpret some of the words when doing the translation like when I asked about Shahril Jantan's performance she thought it was the WHOLE team's performance but good job anyway...)
logged down by Ko Po Hui at 06:43:00