Don't make our youngsters look like "GOONDU" who already are!!

It's nice to see "H-TWO-O" roped in the likes of Noh Alam Shah, Lionel Lewis, Ridhuan Muhamud, Hariss Harun etc. to promote this brand of istonic drink (as depicted in those promotional posters below spotted at City Hall MRT station). 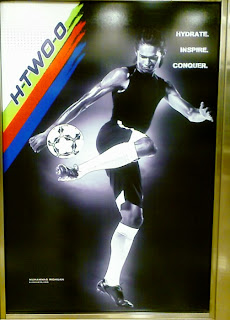 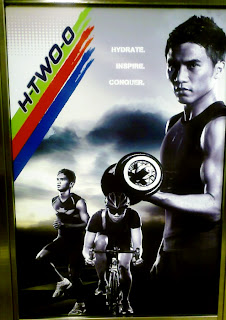 At least, we get a chance to see local footballers gaining some much-needed publicity other than during those "prominent" matches (i.e: "AFF Championship").

And which is why I'm now linking that issue to something I want to highlight below.

The above article appeared weeks ago on "TODAY" and it tells us a story of the Quah family - widely considered as the "first family" of local football.

It was a well-written article that gave us an insight of the footballing brothers of the Quah family (Kim Beng, Kim Choon, Kim Siah, Kim Swee, Kim Lye and Kim Song), who were household names in their prime years.

Something that is sorely not the case nowadays whom majority only know Ronaldo, Torres etc but hardly any of our local players (unless they hit the headlines for any wrong reason).

And it still irked me because of that ignorance by some "goondu" ushers (who blindly followed the instructions as a typical local would do), one legendary former national player was ushered unceremoniously out of the National Stadium on the day when he was supposed to be honoured!!
logged down by Ko Po Hui at 22:27:00