By Ko Po Hui May 03, 2009
That was what I was told by the stadium "jaga", as he pointed to me the poster at the notice board that said no video and filming are allowed at the stadium premises.

"If you want , you have to speak to my officer at second floor" said the "jaga".

The point was that never in my blogging experience I was told that photo-taking was not allowed in any of the SSC stadium (unless it is really the case).

Having cleared the air, it was concluded these poor "jaga" are just blindly follow the orders....

Ok, back to the business that there was a tip-off that one of the guest teams of this season's RHB Singapore Cup - Phnom Penh Crown were having their training session at Jurong West Stadium and decided to pop-in for a check. 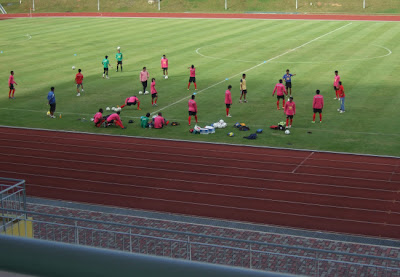 Since, I wasn't allowed to take any photo... I thought the whole blogging would be called-off but managed to snap this (above) from the stand. 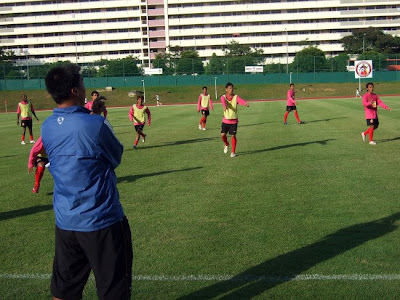 Eventually, the air was cleared and here I was standing back their coach watching the session in progress. 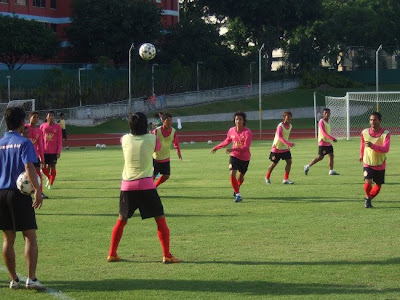 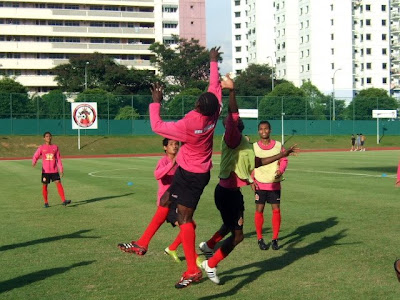 Nothing really tough during this familiarization session, as the players grouped together to play some training game, such as this ball-passing game using hands (eventhough, we know we can't use them during the match except the 'keepers and taking throw-in). 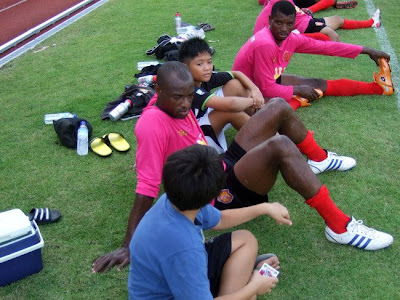 One of the foreign imports of the team - Jean Roger Lappe (in whites boots) having a chit-chat with a boy on the sideline. 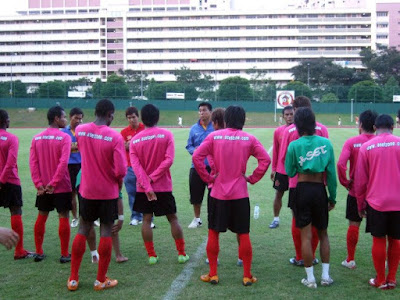 At the end of the training session, the coaching panel briefed the players. 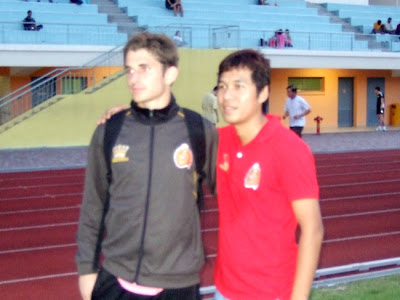 This French 'keeper Simon Tracol (left in above picture with team manager Mr Makara Be) has an interesting background.

Tracol was hailed from a soccer academy in French and was signed by the club following a selection trial involving Khmer-French players for the Cambodian national team. 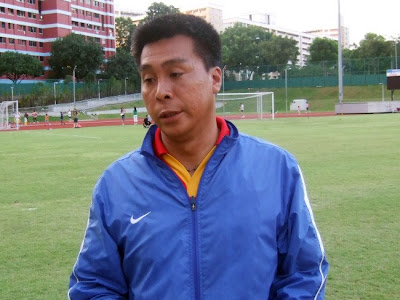 Phnom Penh Crown's Thai coach Apisit Imamphai said playing in tournament as the Singapore Cup is beneficial to his team as he felt the level of playing in Singapore is higher than in Cambodia. 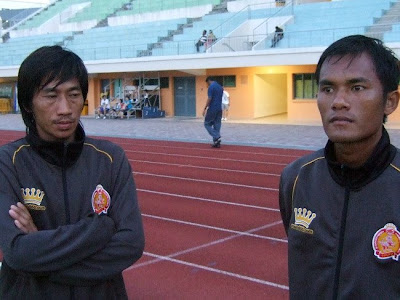 Chan Rithy (above left) is the star striker of the team, who scored in the tournament before, with the team skipper Thul Sothearith (right). Both players played for the Cambodian national team in last year's AFF Suzuki Cup