WE LOST EVERYTHING, DON'T WE?? 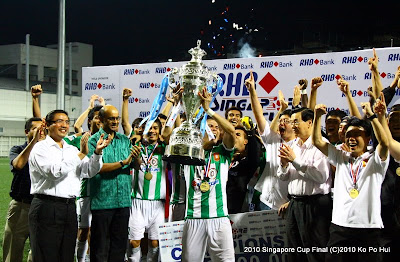 Guest team Bangkok Glass (pictured above) claimed the final trophy of the domestic season by snatching the Singapore Cup by beating Tampines Rovers 1-0 at the Jalan Besar Stadium.

With the Cup claimed by another foreign team, it set an unprecedented clean sweep of all honors for the first time by non-Singaporean teams.

So where are we heading to next???

THE ONLY GOAL THAT SEALED THE WIN FOR THE BUNNIES 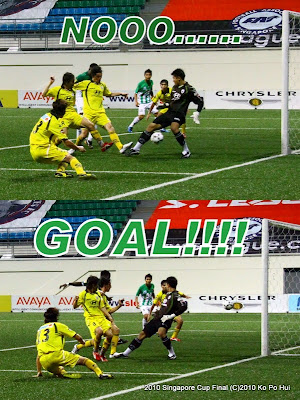 A collage of the only goal scored (pictured above) in the match which saw French defender Benoit Croissant deflected the ball off Glass's defender Wasan Homsaen from the right. 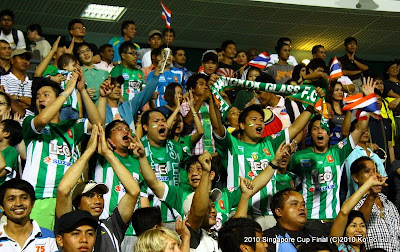 These travelling Thai supporters made their presence felt, as always, as if we were in LEO stadium in Bangkok, at least it was worthwhile effort to come down to support their heroes in action.

STAGS' COACH'S TAKE ON THE AFTERMATH ... 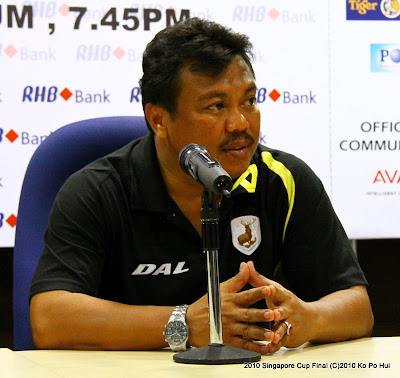 Tampines Rovers coach Vorawan Chitavanich (pictured above) in his post-match press conference lamented the cut in budget had seen the inability to bring better import players to the league and plead for more financial support to remedy this situation.

Meanwhile, it was revealed by Coach Vorawan that he has some coaching offers from Thailand, but at this present stage he did not give a definite answer on this matter which he will talk to club chairman Mr Teo Hock Seng soon.