By Ko Po Hui November 17, 2010
(Complied with information from media release by the Football Association of Singapore)

No surprise as notable performers are being nominated for the various awards at the annual S.League Awards Nite to be held at St James Power House this coming Sunday (21st November). 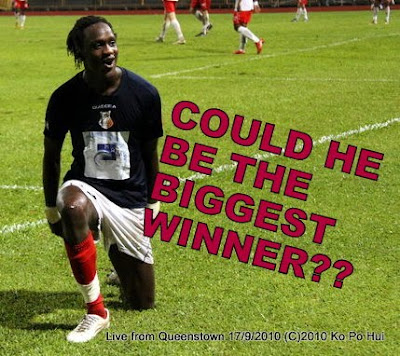 League's top scorer Etoile FC's striker Fred Mendy's (pictured above) name is the nomination lists for both Player and Young Player of the Year awards.

Having coached his team to the title on its first season, Etoile's Patrick Vallee will face stiff challenge from fellow debutante?Lee Lim Saeng of Home United, as well as former winners Richard Bok of SAFFC and Stags' Vorawan Chitavanich with dark horse Darren Stewart from Gombak United for the Coach of the Year award.

Awards regular Tampines Rovers' evergreen Aleksandar Duric with another veteran Md Noor Ali of Woodlands Wellington will also be honoured on the same evening for hitting the milestone of 300 goals and 100 goals respectively in the recent concluded season. 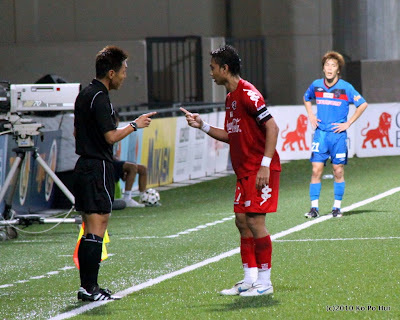 In honour for his distinguished contribution to local football, a special award will be presented to the late "Raja Gelek" Mr Dollah Kassim, who passed away recently.

NOMINATION LISTS FOR THE MAIN AWARDS