By Ko Po Hui November 07, 2010
(The content of this entry is obtained via the transcript provided by Integrated Marketing Solutions Group [IMSG] - the PR agency for Nike Singapore) 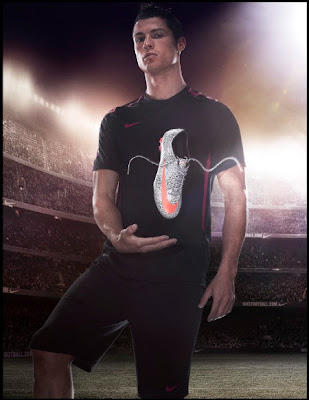 Nike originally introduced the print on the Air Safari running shoe in 1987, and the unexpected aesthetic transformed performance footwear design. At the time, trailblazing Nike designer and father of the Air Jordan series Tinker Hatfield began exploring non-traditional materials, patterns and colors to use in athletic footwear and conceived the now legendary ostrich-skin print. 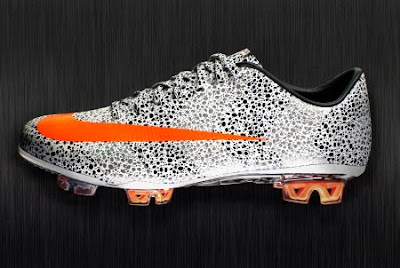 The boot’s arresting Safari print is overlaid with a tonal chevron pattern that is illuminated in certain light
The limited-run Air Safari quickly sold out and gained an ardent following for its striking design. Now the iconic print is back — this time on the feet of one of the best players in the world. The updated print has a stylized look, wrapping the entire boot and laces for a bold effect. Ronaldo’s signature CR Mercurial Vapor SuperFly II represents the first time the print has been applied to performance football footwear.

“The Air Safari showed that you can create an athletic shoe that is beautiful and different without forgoing high-performance utility,” said Hatfield, VP of Creative Design at Nike. “It helped individuals make a personal style statement whether they wore it on a run or out at night.”

Built for speed
The game’s fastest player demands a boot that not only reflects his personal style but also delivers superb traction and responsiveness. The CR Mercurial Vapor SuperFly II features the unique NIKE SENSE adaptive traction system where designers created a pair of adaptive studs in the forefoot that can extend and retract by up to 3mm, based on ground conditions and pressure exerted by the player. 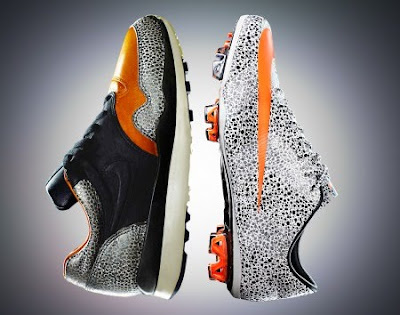 The new boots combines high-performance innovation and heritage of the Nike Safari print.

Directionally positioned blades maximize cutting and allow for quick changes of direction, while secondary toe traction provides added toe-off power for those first critical steps. The result is a boot that enables greater speed in all directions.

“The CR Mercurial Vapor SuperFly II makes a statement on pitch and the Safari print expresses my style,” said Cristiano Ronaldo. “Combined with incredibly light and responsive performance the boot gives me everything I need to elevate my game.”

A Youtube clip of the "CR Mercurial Vapor SuperFly II"
In another nod to speed, the boot’s arresting Safari print is overlaid with a tonal chevron pattern that is illuminated in certain light. Designed to appear as a flash in a player’s peripheral vision, the reflective graphic can improve player awareness on pitch.

The boot will be available at retail globally and online at www.nikestore.com beginning November 15. Nike Football+ can be accessed at www.nikesoccer.com.

The CR Mercurial Vapor SuperFly II will be available in Singapore from November 15 only at the following stores: