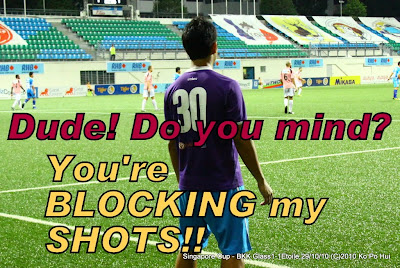 The Bangkok GLASS looked shattered in their first half match against Etoile in Singapore Cup semi-final, but shattered as it may be the GLASS managed to pierce through the flesh of the ROOSTERS in second half. 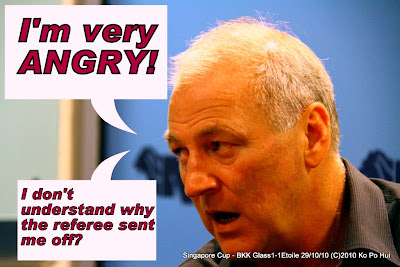 In the post-match presser, Etoile's Coach Patrick Vallee (pictured above) was furious for being sent off for the FOURTH time in this season and he's bemused for that decision! 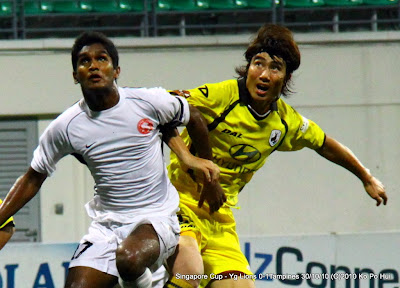 True to any cup tie, the Young Lions shown the grit and determine to reduce the two-goal deficit they incurred against the Stags in the first leg.

Rather sadly though, the storyline remained the same in circumstance like this as that it's always the being oppressed who gained the upper hand and win the game in the end. 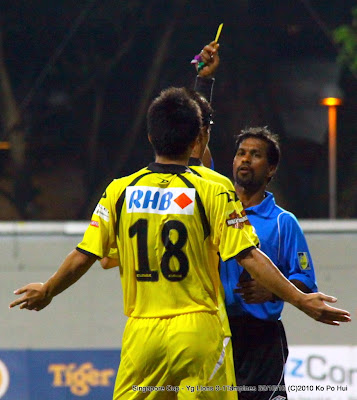 Although the suspension of key defender Seiji Kaneko (as pictured above player numbered 18 was yellow carded by referee W Ravisanthiran) took some shine off as Alek Duric's goal in the first half put them through to the final against either Bangkok Glass or Etoile. 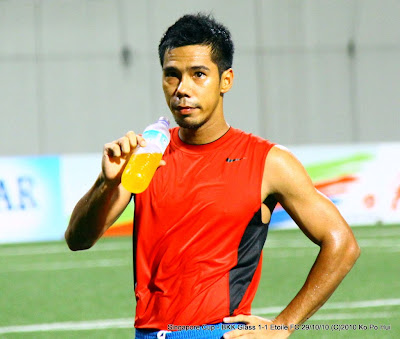 Sweet memories flown back to Thai midfield maestro Sutee Suksomkit (pictured above after first-leg against Etoile) to the very ground that launched his S.League career years back with Tanjong Pagar United, as Bangkok beat Etoile FC 2-0 at the Queenstown Stadium to see the Glass Bunnies back to the Singapore Cup Final for the second year in a roll.