Could they be one of them?

By Ko Po Hui November 02, 2010
And so Jake Butler, who I featured days ago, was invited to the FAS centralized trial for the foreign players. 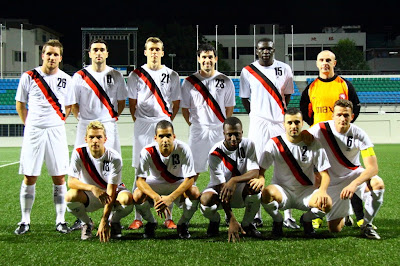 The Kiwi (pictured above, second from left of those standing), together with the 19 other players, will undergo a series of matches to be played over the next few days in hope to land themselves a professional contract in the S.League.

According to the coordinators, following tonight's opening trial game at the Jalan Besar Stadium, subsequent matches till the 7th of November will be played behind closed-door to allow clubs to access the strengths of each individual player. 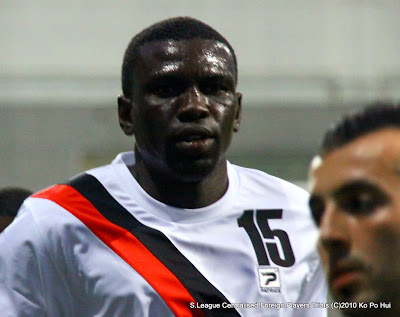 Some of the players featured included those who used to play in highest level of the game like former Senegalese captain Lamine Diatta (pictured above), who played in all of Senegal's matches in the 2002 FIFA World Cup. 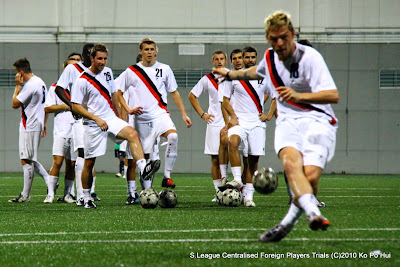 While David Mulligan (pictured above in foreground) also came with an impressive CV for being part of the New Zealand's World Cup squad in June, he is known for his impressive dead-ball accuracy.

The 28 year-old Kiwi had played for various clubs during his stint in England, such as Port Vale, Grimsby Town and one-timed Premiership club side, Barnsley from 2000-2004. 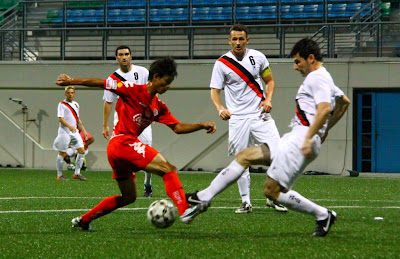 The Foreign Selection squad, coached by ex-national defender Saswadimata Dasuki, made an impressive start to their trial series by beating the under-strength Home United 4-0 in a match that was played in three halves of thirty minutes.