Versatility is his key as Utility man Butler seeks to prove himself. 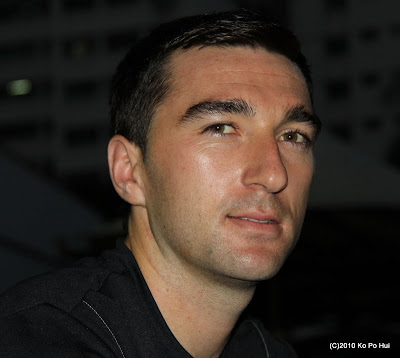 Utility man Jake Butler is out to prove himself
During last November's centralised foreign player trial conducted by the FAS, they helped to rope in the likes of Kiwi Jeremy Christie, who eventually went to play for New Zealand in the World Cup in June.

In bid to position itself as the source to provide quality import players to the S.League, Trebol Sports International left no stones unturned as they introduced another New Zealander, Jake Butler to the local football scene.

Butler, who presently plays for Waitakere United, came to Singapore with a big reputation back home in the Kiwis' football fraternity for skippering his team to the domestic league championship – the New Zealand Football Championship (NZFC), last season.

Initially, the thought of playing abroad never came to the 26 year-old's mind until Christie, his former team-mate at the club, encouraged him to do so.

“It never crossed my mind to play overseas, until Jeremy (Christie) told me I should give a shot at it.”

“And I'm very grateful to my family for their moral support and to my club, especially since the new season has just started, for allowing me to come up to Singapore seek out some opportunities.“ said Butler whose initial reluctance to venture outside New Zealand was purely due to his family and work commitments.

“However, by making that decision to venture aboard as a full-time player, I hope to earn myself a professional contract in the S.League that allows me to solely concentrate and improve my game.

“Whilst I want to stay in Singapore for a while to prove myself, seeking out opportunities like playing in the J-League in the near future is another thing I hope to achieve as well.” added the part-time footballer who holds a day job as a sale representative. 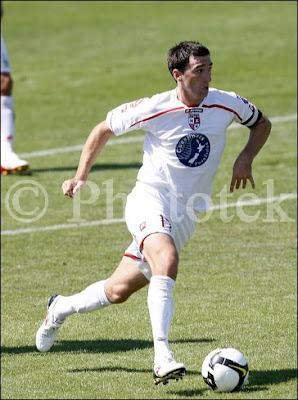 Butler in action for Waitakere United (Photo credit: Phototek)
Despite not having played for any club outside New Zealand, Butler is no stranger to the international scene.

As the Oceania club champions twice in 2007 and 2008, Waitakere United earned the right to be featured at the biggest stage in club football – the FIFA Club World Cup.

Recalled those days when he competed against some of the world's top footballing sides, Butler reminisced, “It was more of getting opportunities to play competitively against some of those top teams like Manchester United, and we might just be one stage away from meeting them.”

Unfortunately, on both occasions, the club which hailed from the fifth largest city in New Zealand, lost to Adelaide United of Australia and Iran's Sepahan in 2007 and 2008 respectively in the mandatory play-off which determines who earns the right to progress to the next round of the tournament.

“But it was good to see Waitakere being ranked alongside the best in the world then.” said the center midfielder who is a loyal servant to his club since joining them as a youth player as 18 year-old. 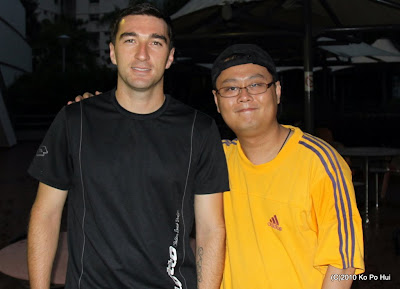 Footage of Butler in action
Although, Butler's strengths lie in both his defensive and attacking qualities and fit perfectly as a towering striker for his 1.85m frame, he admitted that his preferred position is the "hole" behind the strikers where he could provide them with the essential support.

“Back home at games in New Zealand, I'm basically given a free role in games by my coach (Neil Emblen) and in Singapore, they played me as a striker in some of the trial games with a few of the local clubs.” revealed the player who was named as the captain of the “All Star XI NZFC” team recently.

According to Mr Bryan Lim, the Sporting Director of Trebol Sports International, the talent scouting firm that facilitates the Kiwi's stay in Singapore, part of the itinerary other than arranging trials for Butler is to offer the player a chance to get familiar with the local football culture. 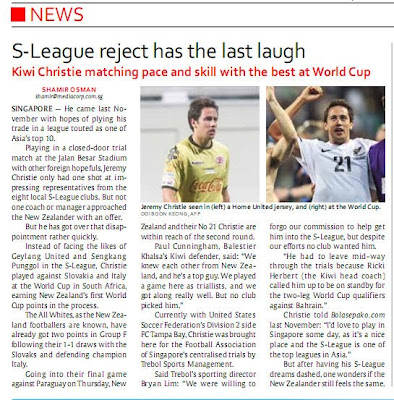 “After the story on Jeremy Christie appeared in the papers back in June (pictured above), we have been receiving enquires from interested clubs who are keen to take a look at some of the players we have scouted.

“It's something really positive for a new start-up whose main business objective is to scout for quality foreign players to play here and enhance the quality of the S.League.” said Lim who formed the partnership with two other friends last year.

Nearing the end of the interview, Butler was asked to state the likely problem he will be facing should he be offered a chance to turn professional in Singapore.

“Being away from home for such a lengthy period for the first time is something I'm likely to face in the early stages. However with the means of communicating through the internet, I think I should overcome that.” said the player nicknamed “Booms” who is the doting father to two girls - four year-old Leyla and seven month-old Emmie.
logged down by Ko Po Hui at 03:26:00

Email ThisBlogThis!Share to TwitterShare to FacebookShare to Pinterest
Classifed as: feature, interview