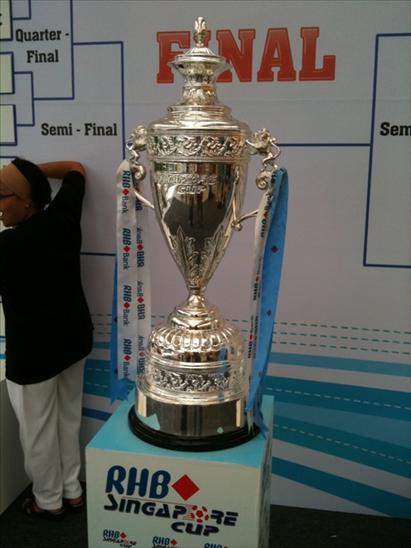 SINGAPORE, 21 October 2010: Tampines Rovers will take on the Young Lions in an all-Singaporean semi-final of the RHB Singapore Cup while last year’s beaten finalist, Bangkok Glass will face off S.League leaders Etoile FC in the other semi-final match.

The Stags will host Young Lions in the first leg at the Tampines Stadium next Wednesday 27 October at 7.30pm, while the second leg will be held at the Jalan Besar stadium on Saturday 30 October.

In the other semi-final match, Thailand’s Bangkok Glass will meet Etoile FC on Friday 29 October at the Jalan Besar Stadium. The match will be televised ‘LIVE’ on MediaCorp Channel 5 and on StarHub Channels 201 and 222, at 7.30pm. The return leg will take place one week later at the Queenstown Stadium on Friday 5 November.