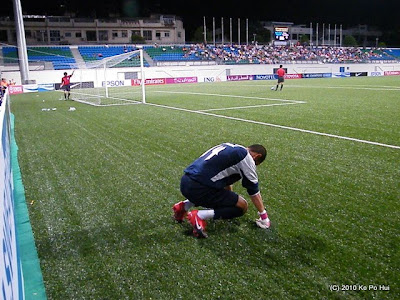 That was what SAFFC's skipper-cum-custodian Shahril Jantan (picture above in foreground) said to this blogger before the start of the penalty-shootout that would determined who will join the elites of Asian club sides in the lucrative Asian Champions League.

And the 'keeper, who missed the last weekend's game against Sriwijaya due to suspension, got his wish at the end of the day after the S.League champions progressed to the group stages of the tournament following a nail-biting finish that saw hot favourites - Thai League champions Muangthong United knocked out of the competition.

SHORT SCRIBE
To be honest, teams from Thailand are never easy opponents to play with, as they are by far technically more sounded and skilful, thus it's always a pleasure to watch them play.

And true enough that right from the start of the kick-off, the hosts were being stretched to their limit as the "Twin Qilins" utilized both the flanks and their pacey football to wreck havoc in ther Warriors half. 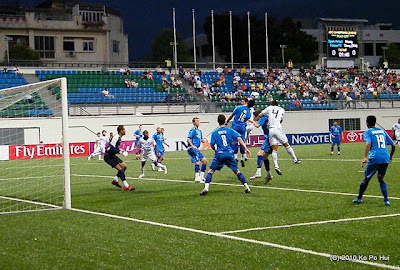 This picture was picked up by "Singaporesports.sg"
Less than 10 minutes into the game, SAFFC saw themselves conceded the first corner of the match (pictured above), earlier they suffered an early horror when Shaiful Esah was stretched out for a while (pictured below), but lucky he's ok after a short treatment. 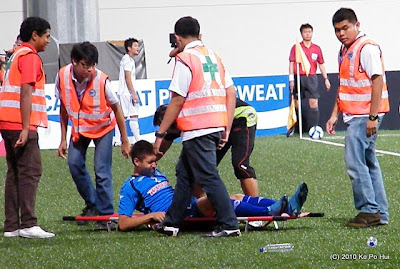 Yet, despite having all the advantages in terms of having more possession and penetration in their opponents' territory, Muangthong struggled to break their duck and quite a number of occasions they restored using long shot from outside and only to see them went wide or being stopped by the impressive Shahril at goal. 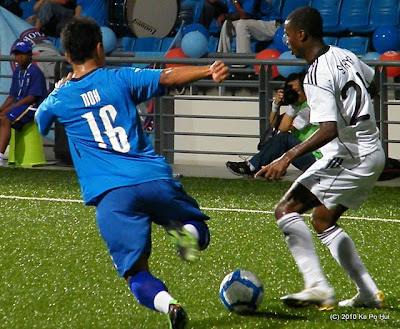 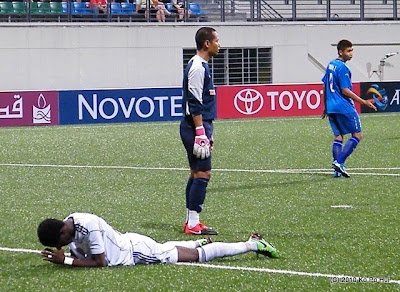 (Pictured above) "Tough Luck, mate" as another Muangthong's wrecked attack because of their poor finishing in front of goal.

While for the Warriors, the twin flank terrors of Ahmad Latiff and Akiyoshi Taisuke failed to provide more options to their team's offences, no thanks to the Thai side's skipper Nattaporn Phanrit, who did a great job to shut out the Warrior attacking plays (Collaged below). 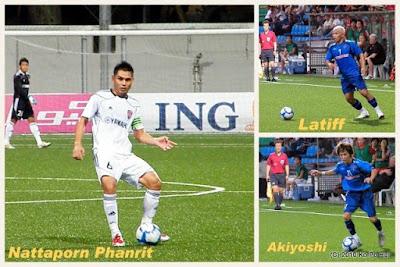 So at the end of the day, it's no wonder that the game headed to the "lottery" (as what SAFFC's coach Richard Bok described the "penalty shoot-out" in the post-match press conference). 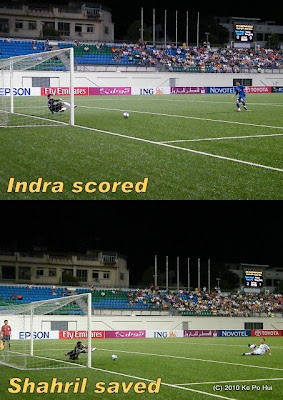 4-3 was the score at the end of the day (man, how I hate this "lottery" as I was hardly breathing when taking these shots behind the goal). 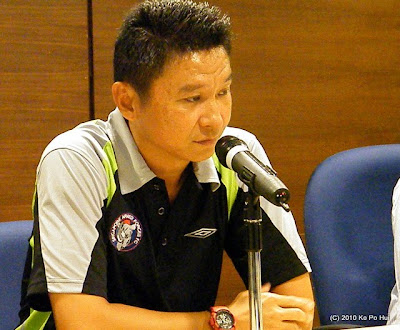 "It was an excellent game and I thought the team raised to the occasion a it was a tough game for us that I want to praise the boys for what they had done." said a pleased SAFFC coach Richard Bok (pictured above) at the post-match press conference.

"It's not only relief but happiness to see SAFFC to get through to the (ACL) group stages for the second time on a roll." he added

"And we trained very hard for this (match) as we know the opponents (Muangthong) is a tough side and whatever they came at us, we returned back" when asked if his charges deserved the victory. 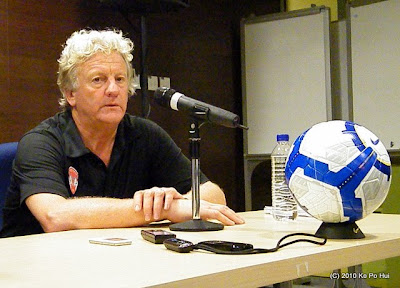 "I have been football for a long time, in a game (like this) we had so many chances that it's unbelievable we didn't score and that's our failure." said the 62-year old Belgian.

"I wish SAFFC success in the group stages, but I don't think so because you have to show more especially you're playing in home game." said a visibly upset coach Desaeyere.

"It's a pity that such a game had to depend on 'lottery' (penalty shootout), but it's not lottery because there's a referee (in charge of the game)."added coach Desaeyere dismissed his counterpart's theory on the penalty shootout.

The Muangthong coach concluded his day by making the suggestion to the AFC to have a "home-away" basis, instead of the current "one-off" format to decide the play-off winner which he felt " then there'll be NO lottery".