Was at the "Sports Planet" this afternoon for a futsal event organized by "U Sports", an affiliate of the NTUC.

Never thought of putting up this post, until I decided that the sunset moment of the day does look good for some picture-snapping on my new iPhone, so why not... 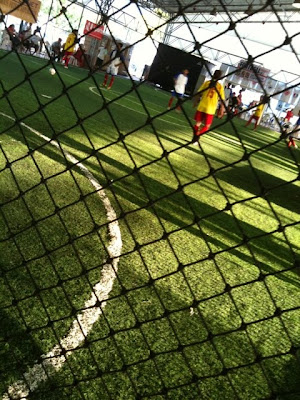 (Pictured above) Good about the futsal courts at "Sports Planet" are "stray-ball" proof, thanks to the nets that concealed the playing surface. 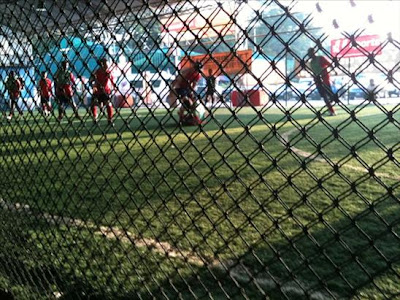 I think the playing surface of the pitch is something similar to that of the Jalan Besar Stadium (that black sand-like particle based). 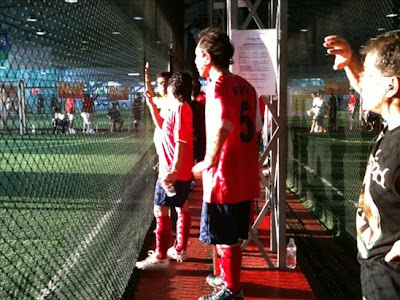 Some of the players cheering their team-mates on from outside of the field, pretty glaring as it was close to evening when this shot was taken.

In the end, I was told the union which represented me claimed the title of one particular catergory... Well Done.
logged down by Ko Po Hui at 22:38:00

Email ThisBlogThis!Share to TwitterShare to FacebookShare to Pinterest
Classifed as: futsal