(P.S: The copyrights of the video and the screen-shots depicted in this blog entry belong to Nike.) 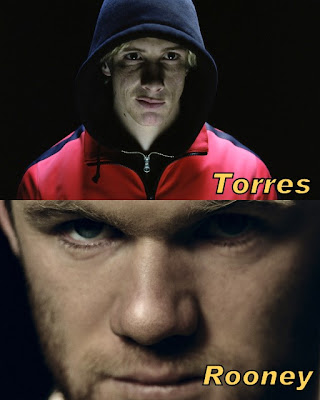 Fernando Torres and Wayne Rooney are being featured in this viral film
Two of the world’s deadliest strikers, Wayne Rooney and Fernando Torres, come together in a new viral film from Nike to showcase the accuracy of the new Total 90 Laser III boot (pictured below) launched on Saturday 16th January. 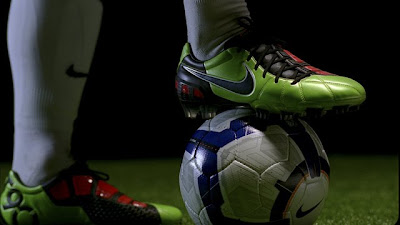 The Total90 Laser III boot is designed to allow strikers to put the ball exactly where they want to, and the film features Wayne Rooney in a ‘Mission Impossible’ style accuracy challenge, as lasers flash across a goal in a futuristic setting to create a series of ever-harder targets for the Manchester United and England forward to hit. 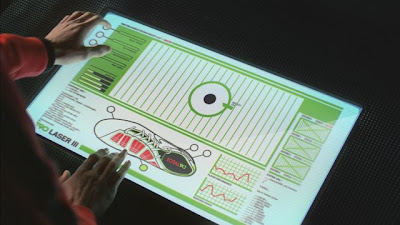 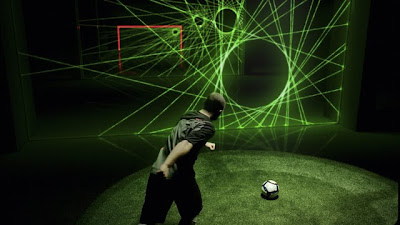 As Rooney - the Manchester United ace striker tries to hit the target from far - Good Luck!
As the criss-cross pattern of lasers become faster to create smaller and more difficult targets, Rooney looks up to see they are being controlled by none other than the hooded figure of Liverpool striker Fernando Torres. But can Wayne have the last laugh, pinpointing a strike through the laser beams Torres puts in his path?

Find out at www.nikefootball.com or click on the video below.

CALLING ALL FOOTBALL LOVERS!!!
Nike will be giving football lovers in Singapore the chance to experience the T90 Rooney Challenge at The Cage on 6 March 2010 !

Details
If you have what it takes to score with the same deadly accuracy as Rooney in the video, come on down and stand a chance to win attractive Nike prizes.

The Challenge is open to football fanatics aged 15 - 24 years old, and all participants will also receive a T90 Laser III laser pointer. 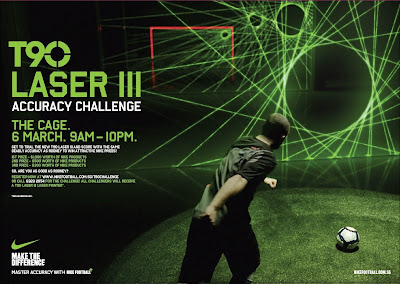 The promotional poster of the event