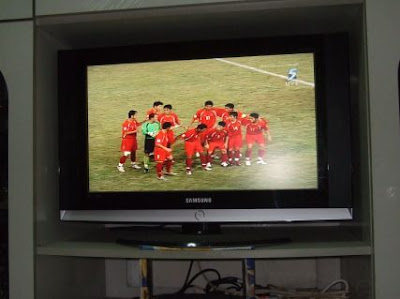 Mum granted me another concession to catch the game at the living room :)

We were lucky... That's all can I say after the stalemate performance by the boys..

We were lucky... That Vietnamese were not sharp in front of goal.

We were lucky... because birthday boy Lionel Lewis saved our day at goal.

We were lucky... to have not a goal conceded.

We were lucky... that we are coming home (again to Kallang) in one piece, but to put ourselves under a lot of (unnecessary) pressure.

Some feedback I gathered the following day...

Whoever I spoke to after the Hanoi game, the following game was those "curse and swear" reaction.

"No idea what they were (the Lions) doing with the ball!" exclaimed one colleague of my.
"Whenever they got (the ball), they just whacked upfront and allowed Vietnam to come back and attack.

"If not for Lionel Lewis (the custodian), we should have lost at least three-nil"

See you guys at Kallang this Sunday.... 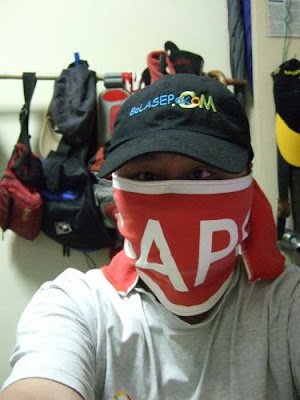