Back to the Platform ... but denied from entering

Followed up from my last visit to the Floating Platform, I decided to drop in for another photo session from the playing surface.

Little did I expected that the place is sealed off from public because of the preparation of the "Countdown" party.

"(I) thought it was cancelled? I got the news from the internet." I told the security lady-in-charge, after she explained why the platform was sealed from public. 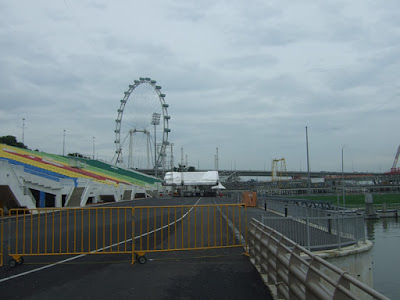 Nonetheless, she was kind enough to direct me to another spot for my photo-taking (above, though it wasn't the desired spot for me at all, ok then let's not spoil the Christmas mood).

I was at the platform because of the news below.

But before that the relevant authority and organizers shall resolve these grouses below. 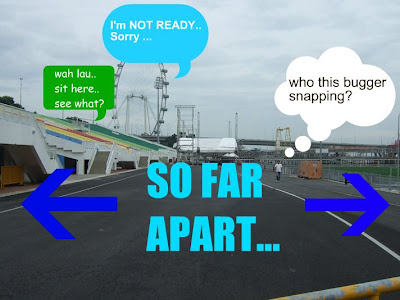 As I finished my session at the side of the platform and proceed to take train to somewhere else, I passed by at probably the most valuable green belt of this island - Padang (below). 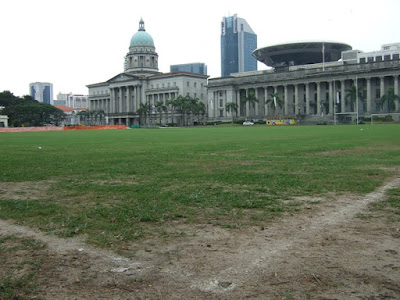 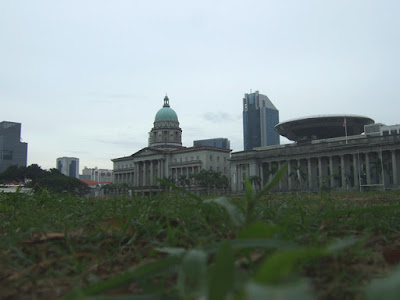 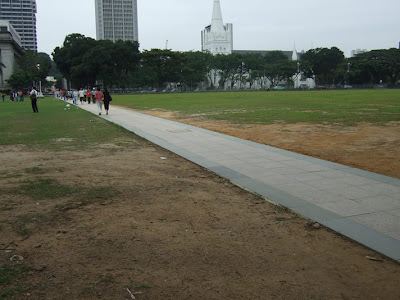 "How about have it at Padang, instead?" as this wacky thought came to my mind..

Here's the proposal (below)

View Larger Map
The RED bar being the temporary stand erected along the St Andrew Road (like the one we saw during the F1 race), while the playing surface will be at Padang instead!

Email ThisBlogThis!Share to TwitterShare to FacebookShare to Pinterest
Classifed as: Floating Platform, trip