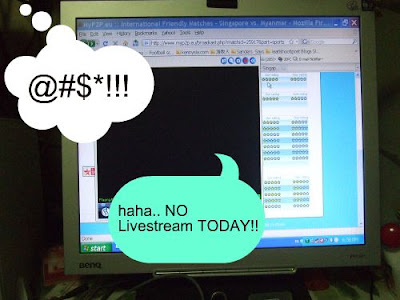 Don't have any luck today as the livestream was down since this afternoon... can't figure out why and therefore had to watch the game on the terrestrial channel (courtesy to Mum's "making way" again.. ). 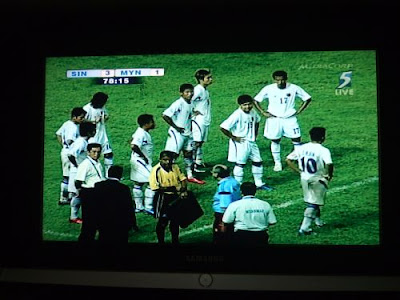 A repeat of the 2007 "walk-out" as the Burmese staged a walk-out, after they disagreed with the referee's decision to allow Singapore to take the free-kick too quickly and resulted the third goal scored by Agu Casmir in the 74th minute.

As what Mark Richmond mentioned, "Nothing wrong with the referee's decision, as he (the referee) gave the go-ahead to allow (Noh) Alam Shah to take the free-kick, while Shi Jiayi (who was injured) was on the grounded". 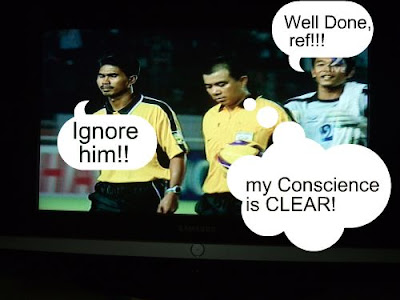 Phung was subjected to those sarcastic applause from the Burmese after he blew the final whistle.

Bravery to the Vietnamese referee who stood his ground against those nonsense caused by the Burmese, who should be grateful Phung didn't awarded the match to Singapore after the fiasco.
logged down by Ko Po Hui at 20:25:00