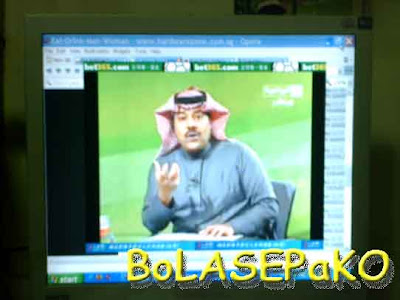 It's not your typical business suit outfit
When the Saudis scored the first goal of the game in the 38th minute, the first question that came to my mind was - Was Lionel too quick to come off his line, thus caused the confusion at the back and allowed the hosts to snatch the lead?
While the second goal by Saudis was a well-taken "turn-around" shot (but too much luxury was given at the edge of the box then)
Frankly, kudos to the Lions for holding up well against the Saudis but both Noh Rahman and Indra's yellow cards looked silly to pick them up. 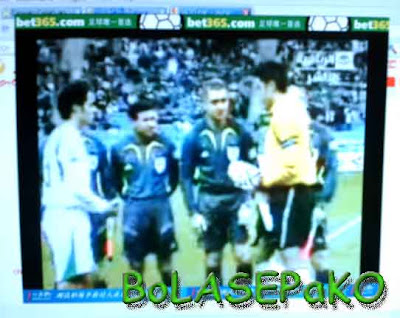 Skipper of the day - Lionel Lewis 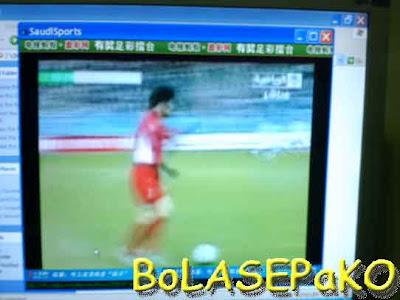 Jiayi on the ball...

Nonetheless, it was a great relief to be able to catch the match (telecasted by the Saudi broadcaster) via the "TVANTS" software (thanks to the tip-off from fellow fans, who were clearly also pissed-off by the "no-RIGHT" MediaCorp). 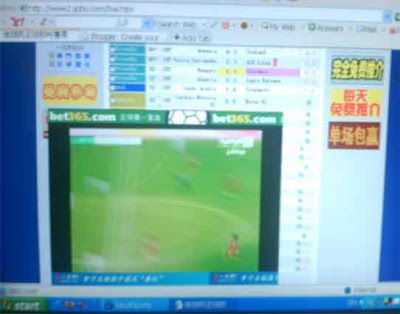 I would say the "TVANTS" may not be the most user-friendly software around, but in "crisis" like this it does served the purpose..