P.S: The long festive season gave me a rare opportunity to do some visual adjustments to this blog, as such you might have noticed some changes in the font "face" and colours , and some "out-of-the-box" postings like this. 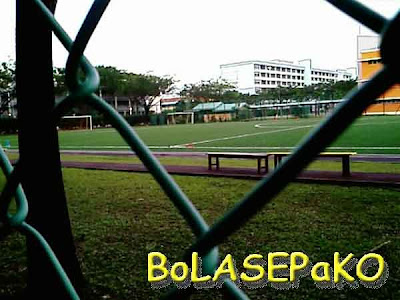 I was on my way to a house visit near the site of my old secondary school, Pei Dao Secondary School (now shifted to Punggol and renamed as Punggol Secondary School but still retained its Chinese name “培道中学”).

Been told by my buddy about the astro-turf pitch inside the First Toa Payoh Secondary School's premises (the current occupier of the site that used to be Pei Dao's, having shifted from Toa Payoh Lorong One), I can't help but feel a bit “笃x” (DL in Hokkien, need not for me to elaborate)... after I saw the splendid turf.

I recalled the days in my secondary school that it's seems as if football was an "outlawed" sport with all efforts being given to volleyball (can't be help when the six-a-side net and ball game was the pride of the school), while there's hardly any spaces for us to have a kick-about.

We might had it on either of the two basketball courts within the school building but not without making the school 笃x” us :P 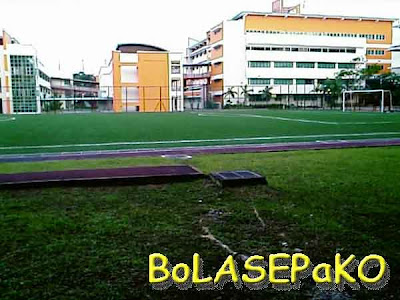 Therefore, the kickabout would be after the lessons, behind the open field of the school building (now converted as a car park).

There been thoughts and talks about forming a football team in the school during my days but to no avail and still stayed that way till I left and the school being relocated.

So can you imaging how I felt when I saw the pitch? 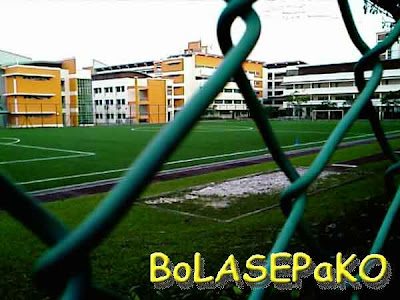 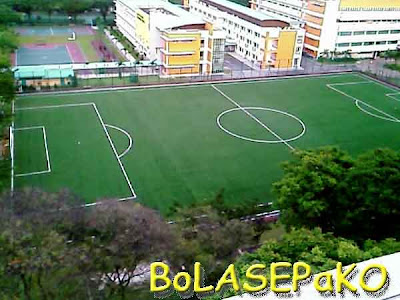 Email ThisBlogThis!Share to TwitterShare to FacebookShare to Pinterest
Classifed as: trip