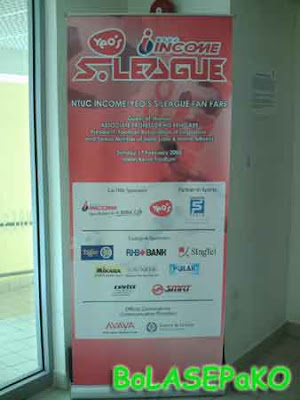 The fanfare is a yearly ritual (except for last year) to draw the awareness of the fans that the season is coming.

Not going to repeat howI felt as i already mentioned TWO years ago (Click on the link to see what I wrote two years ago.)

Everything looks fine except those eardrum shattering music and crying from the "Muttons" of 987FM...

While waiting for the main match (the Charity Shield) between SAFFC and Home United, the fans at the ground saw themselves being entertained by those usual singing performance. 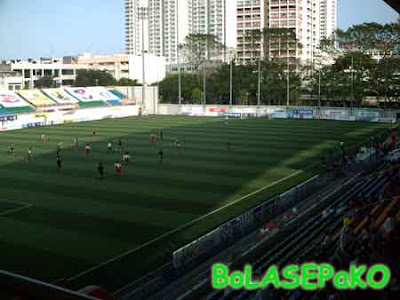 The curtain-raiser - Singapore Celebrity vs Korean "Celebrity", which the Koreans thrashed the local 3-0... 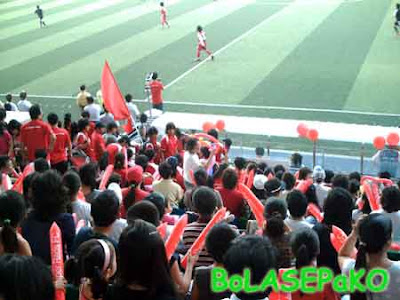 The Korean fans (of Super Reds) in jovial mood as they hoped their team will not repeat the lousy showing again... Good Luck!! 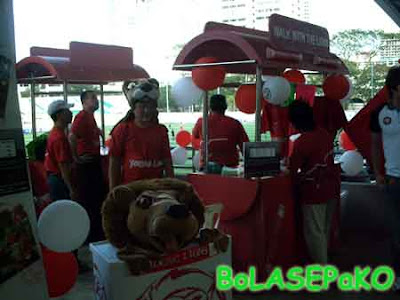 The Young Lions' booth at the fanfare... 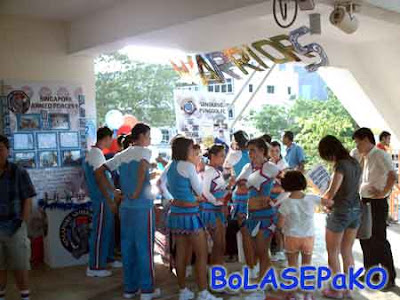 The Warriors booth... always full of noise and colorful.. 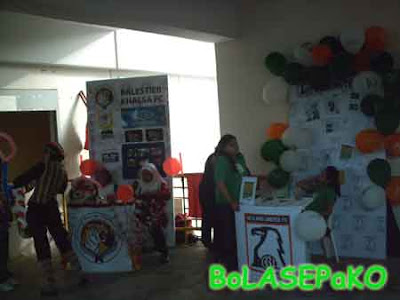 Balestier and Geylang's booth side-by-side
logged down by Ko Po Hui at 18:02:00