If you were at Queenstown stadium days ago, you bound to hear the mentioned chants by the "home" fans.

After all, it was the home debut of Dalian Shide Siwu FC (one of the many variations of this team) - the latest addition to the S.League.

Initially, these fans (a small pocket of Chinese expatriates) were chanting "Come On, Dalian!" (大连队,加油!) before they switched to "Come On, Shide!" (实得队,加油!), although the funny part occurred when they also chant "Come on, LIAONING!"(辽宁队,加油!) 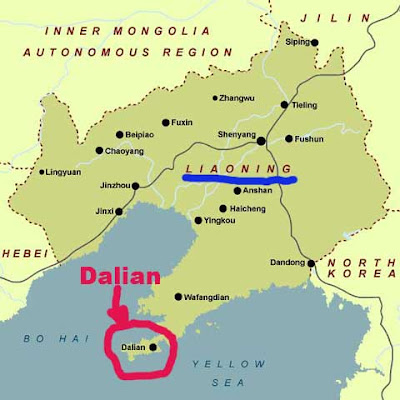 No fault to that, since Dalian is a seaport located in the Liaoning province, thus no argument to that I thought (See the map above.. Thanks Paul, for reminding me that).
PICTURES at QUEENSTOWN STADIUM 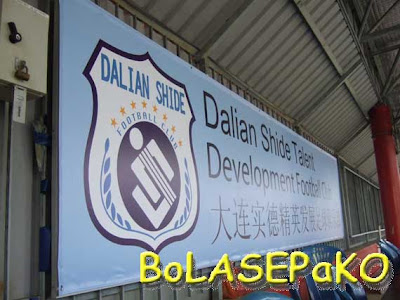 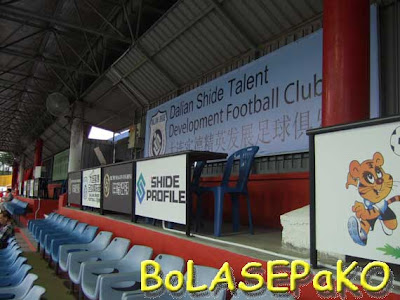 Another surprise was to see the media booth being shifted upwards to the top of the stand.. 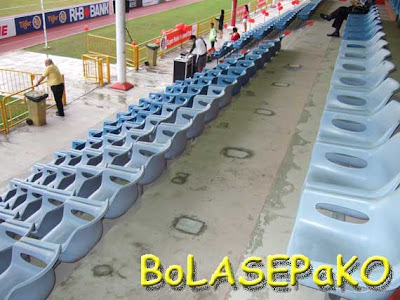 This was where the media booth used to be.. the marking of the legs of the tables being patched up by the cement fillings. 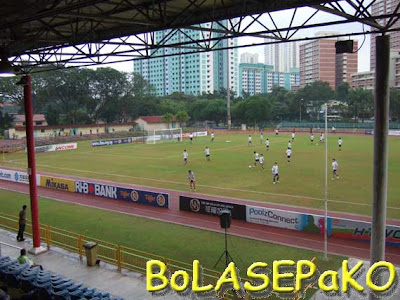 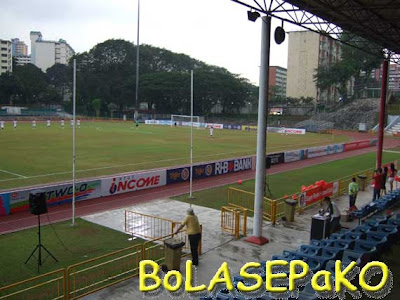 One of the problems at Queenstown Stadium is the obstructing pillars of the main stands, which I told Young Lions' coach V Sundramoorthy that he can't get a good shot with his videocam because of this essential structures. 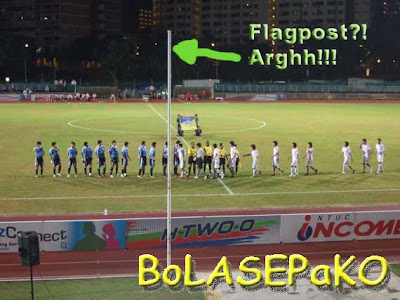 Even in the middle of the park, the vertical structure is still even the sight..
logged down by Ko Po Hui at 19:53:00