(P.S: I decided to take down this entry temporary and re-posted it again on Tuesday (19th) evening,to avoid being perceived as "trying to be faster" than the official league website)

Festive mood greeted those who were at Yishun Stadium before the first match of the new season between Super Reds and Woodlands Wellington.

"Shouldn't this introductory event be done last year during their inaugural year?" I thought when I saw the carnival-styled atmosphere at the Korean-based Super Reds' designated home ground. 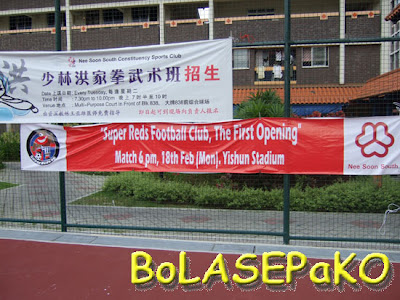 A banner (near the Khatib MRT station) announced the match to be played at Yishun stadium. 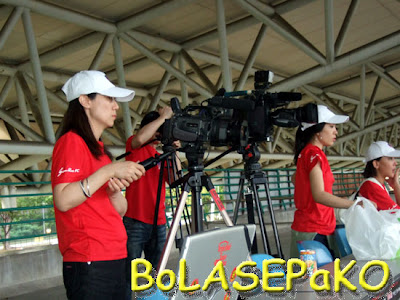 These ladies were from Korean broadcaster KBS (as I overheard someone was asking them, saw one of them at JBS on Sunday..) 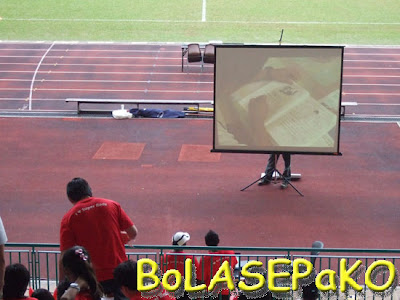 "That's life in Singapore..." as a short video clip was played to the fans that documented the life of the players in Singapore. 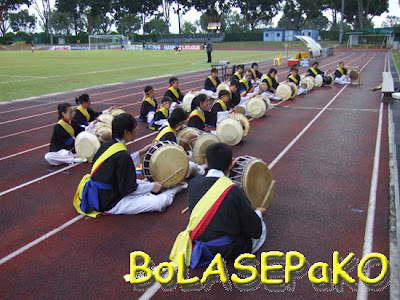 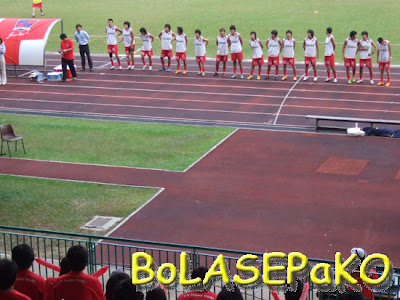 "Here they are!!" as the Super Reds greeted their fans before their warming-up. 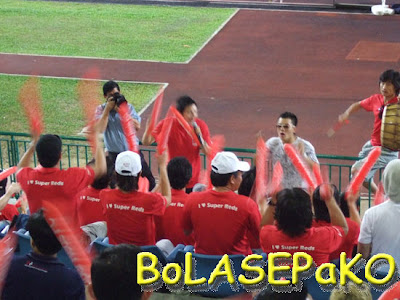 The cheerleaders did a good job to arouse the atmosphere and fighting spirit of the team. 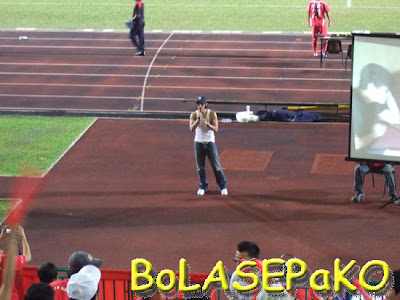 Half-time entertainment - a friend was commenting that the Koreans had just set a new benchmark for this 15-minute break segment. 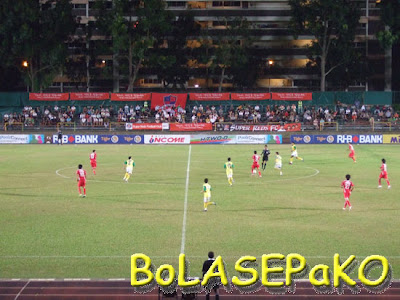 The match in progress, which the Koreans had their game plan well-executed. 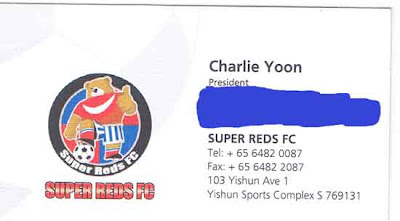 Got this namecard from the club president, who tap my shoulder before handed this to me, thanks Sir
Let's see what are the other teams are up to... Stay tuned :)
(P.s: Great performance by the Koreans on and off the pitch)
logged down by Ko Po Hui at 18:15:00