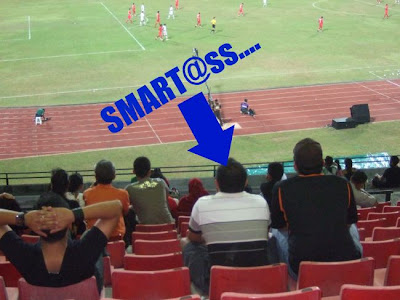 Sometimes at games, these are the kind of creatures anyone would never appreciate their presence. The creature in question was teasing and jeering throughout the game that I felt "it" (not he) ought to be singled-out..

Anyway back to the game just now... 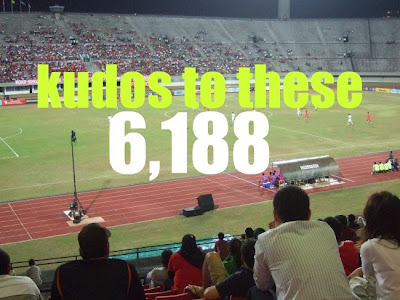 I can't be bother to ask where were the rest who turned out last month for the Suzuki Cup match against Vietnam but the 6,188 (or 6,187 minus that "creature") fans who were there just now were given a much improved display by the Lions. 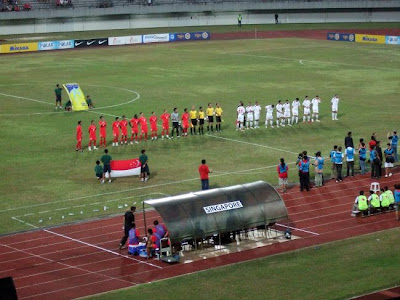 The lining up of the players...
True to his words, coach Raddy axed several established players from the starting lineup with SAFFC's Shaiful Esah given his first starting lineup at home against the Jordanians.

By dropping the much-under fire Precious Emuejeraye, Daniel Bennett was moved to the center-back position with Shaiful on his left. 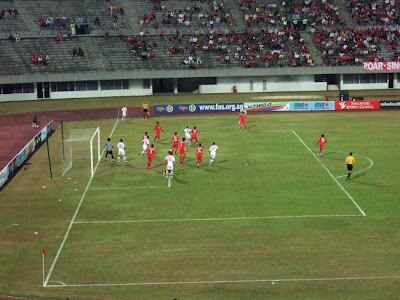 'kepeer Hassan Sunny was given the starting role as well after Lionel Lewis didn't joined in the full training on the previous day. 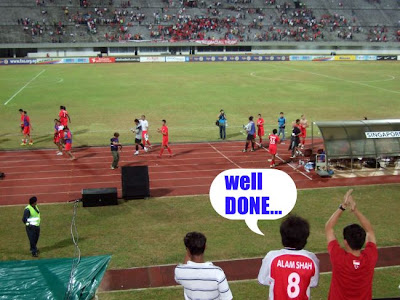 Fans shown their appreciation after the game.

Noh Alam Shah made up for his early miss of the night by scoring the winning goal in the 63rd minute, while the visitors incurred the wrath of the home fans by "wayanging" their way to level the scores via a spot-kick in the 41st minute.

Although it was later revealed that fight among the players allegedly broke out when they were heading towards the dressing rooms after the game (based on "roadside- exclusive"). 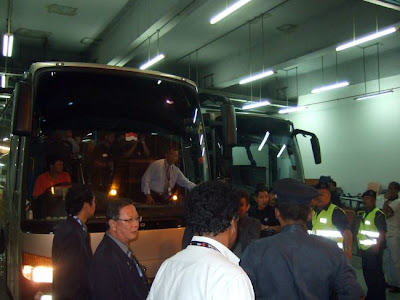 Amid a stringent security measure, the Jordanian team coach was escorted out of the stadium after the alleged incident took place. 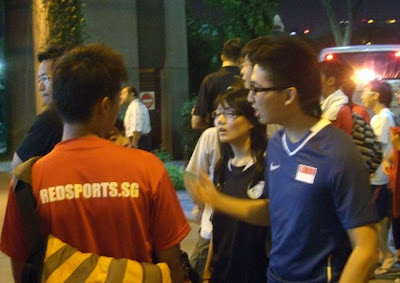 Fans were engaging in some sort of discussion regarding the match. 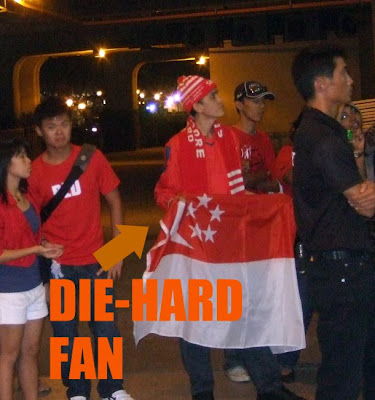 And this particular fan caught my eyes.. Well Done, man...

As requested, here's the highlight scoped from Youtube (courtesy of "Footy4life09" )