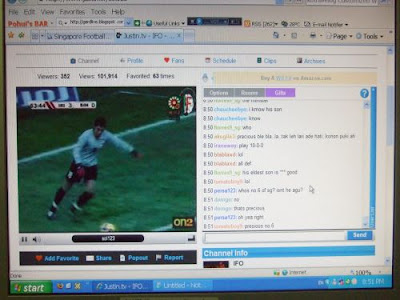 Lionel Lewis prepared to take the goal kick.
"Is it fair to say when one moment of madness would define the outcome of a game?"

I'm not sure if that's a fair statement but somehow that's the tendancy of people trying to find a scapegoat when things went horribly wrong.

Ismail Yunos was one being singled out, by netizens, as one such "scapegoat" when he was sent off for a illegal tackle made and saw he received the marching order.

Youtube clip of Ismail being sent off...
Unforeseen circumstance like this saw the Lions had to reshuffle any game plan laid out by coach Raddy, who I was told being very pissed for such foul committed by Ismail.

As the result, the whole game plan was derailed with players forcing to adjust to the hastily-changed tactics and not to mention the freezing Tehran weather that crippled the boys.

6-0, that was the scoreline and number of defensive lapses saw the second-stringer Iranian walloped us... 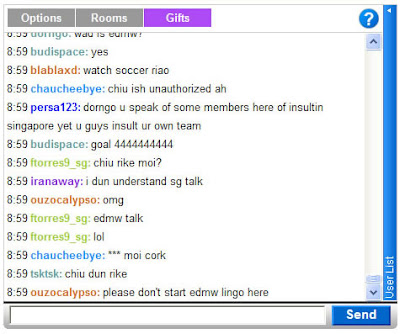 "EDMW" folks made their presence felt during the livestreaming (above) and gave their comments after the match on their forum...
logged down by Ko Po Hui at 21:39:00