By Ko Po Hui January 04, 2009
(P.S: Quite a big percentage of you folks desired for "More Clubs Insights", and so the first post entry will kicked start with one of the clubs.) 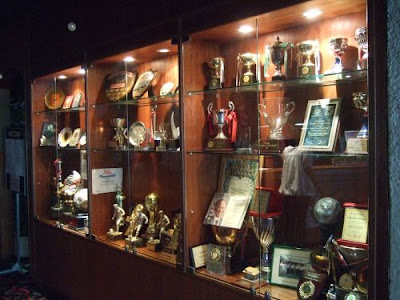 The trophy cabinet of the club located at the main hall of the clubhouse.
I was invited to Geylang United's pre-season seminar, held in their clubhouse, on the first sunday of 2009.

I was told that this is an annual event by the club before the start of every season, when players and officials get together to be briefed on the club's visions for the coming campaign.

On top of that, the concerned parties were given a series of talks on issues like the laws of the game and legal obligations to be observed by the players by relevant speakers. 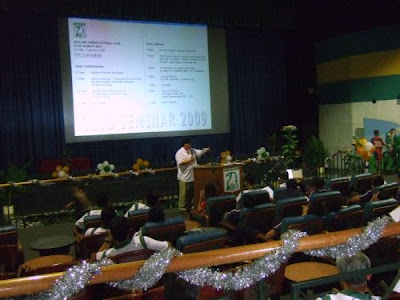 Mr Ronnie Tan, the club's legal advisor gave talk on the topic titled -"Player Code of Conduct and Professional - Ethics & Corruption - What You Need To Know" to the audience. 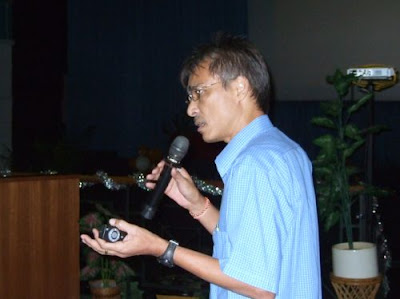 Mr Visvanathan, Head (FAS Referees Dept) was the next speaker on the "Laws of the Game".

Sizing this opportunity, I raised the question of the "offside" decision ruled on Noh Alam Shah in recent Suzuki Cup match against Vietnam and Mr Visvanathan had this to say, "........" (Sorry, folks.. within the "four walls" just now but Mr Visvanathan said he saw a "youtube" clip and shared with the audience his view "within the four walls") 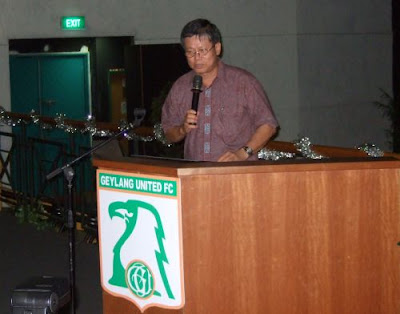 "(It's) time to get back to the elite group, as the team is not in the rightful position in the recent years" said Mr Patrick Ang, the chairman of the club, in his closing speech to his players and officials.

Following that, the session concluded with the contract signing ceremonies for the club's main and apparel sponsorships for the upcoming season, with the Minister of State for Trade and Industry - Mr Lee Yi Shyan, who is the club advisor as the witness of the ceremonies. 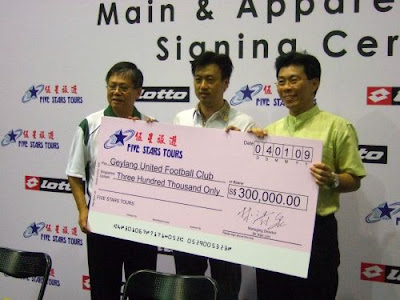 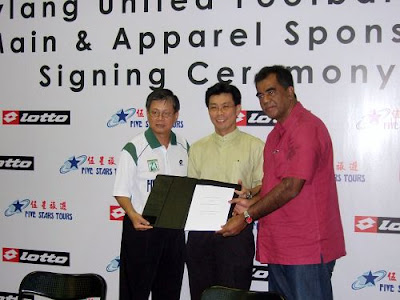 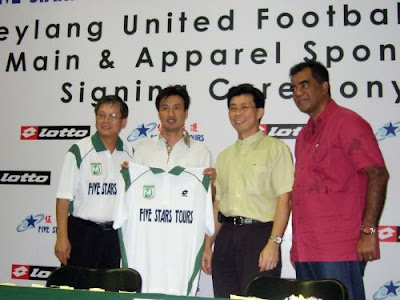 Photo-session at the end of the contract signing ceremonies. 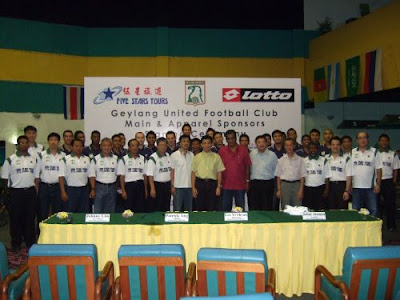 I would like to express my gratitude to Geylang United Football Club for the invitation to this event thus given me the opportunity to kick-start the blogging exercise for the year 2009.

Thank you so much.