The Aftermath of the brawl between Lions and the Jordanians

By Ko Po Hui January 30, 2009
I'm not harping on that infamous incident that took place after we beat the Jordanians on the 28th Jan 2009.

But I would like to know since this brawl had already been reported to the Police and statements had been taken from relevant parties, how is the authority going to follow-up from this point? 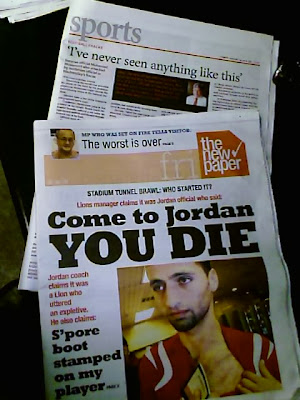 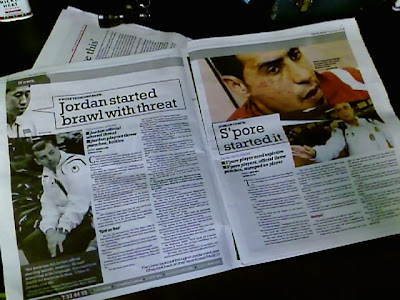 Should there be any further assistance on this matter required from the Jordanians, does this mean they were have to haul back to Singapore for that?

I'm perplexed for the fact that a Jordanian official suggested that this matter should be sorted out by the Asian Football Confederation (FA), the Jordanian FA and FAS, and questioned the necessity of having the Police being involved!

Just put it this way, should a limb or arm being injured or a life being lost (sorry for being that extreme), the offender can go scot-free since the law-enforcer is not involved in the whole proceeding?