[Feature] Fostering of relationship with the signing YOG Cubs by Nike 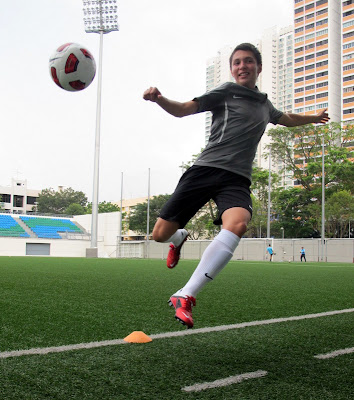 Under the newly-inked deal, Nike will be sponsoring personal training products for these players for the next two years, according to the transcript of the media release obtained by this blog.

Furthermore, specific Nike products had been identified for the triumvirate based on their positions and playing styles to enhance their game on the field.

"The products that the players will get to wear are the same products won by the world’s best footballers such as Cesc Fabregas and Andres Iniesta."said Nike in the release. 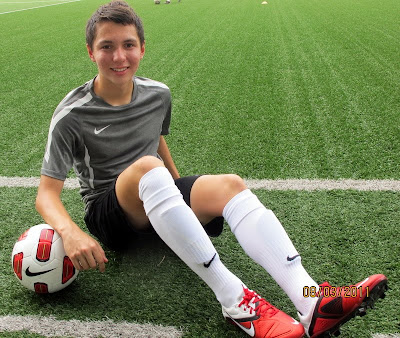 In that aspect, defender Lightfoot has also been selected as Nike's local athlete ambassador for the CTR360 (as pictured above), the same boots worn by Iniesta, who scored the World Cup 2010 winning goal for Spain in last July final in South Africa.

"It is a great honour to be sponsored and affiliated with the world’s biggest sports company."

"They provide me with products from boots to shin guards, Nike Pro wear to bags. All my product needs are well taken care of." said Lightfoot who is looking forward to the challenge of taking on some of best youth players in world when they are here for the upcoming Canon Lion City Cup in June.
logged down by Ko Po Hui at 18:16:00