While the rest of the league adjourned for the YOG break, the national team players are not, as they are gearing up for the two main tournaments scheduled at the end of the year - The Asian Games in November and the AFF Suzuki Cup.

Just before they embark for their trip to Bangkok for the upcoming friendly against Thailand on the 11th of August, coach Raddy and the Lions undergo another session at their Geylang Field training base.

PICTURES FROM THE TRAINING SESSION 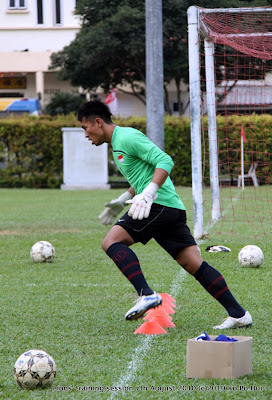 (Pictured above) Tampines Rovers' custodian Hassan Sunny preparing himself before the start of the day. 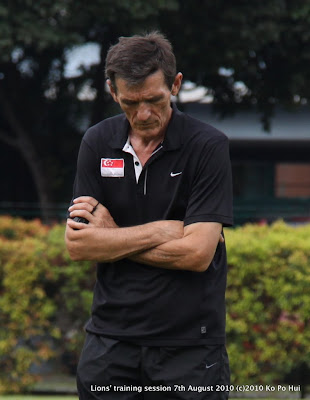 (Picture above) Coach Raddy having some deep thoughts, as the team were warming up. 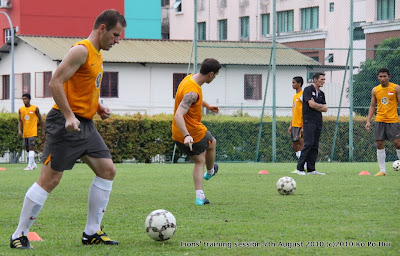 Persija's Fahrudin Mustafic (pictured above in foreground) returns from Indonesia to be part of the set-up, so is his team-mate Baihakki Khaizan following the concluding of the Indonesian League. 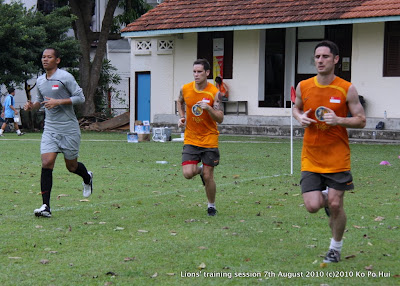 (Pictured above, from L-R) Having played the night before this session, the SAFFC's trio of Shahril Jantan, John Wilkinson and Daniel Bennett did not join in the match practice but some running exercise on the sidelines.
Interesting fact is that Bennett is just EIGHT caps away from joining the exclusive club of Lions' centenarians and the first foreign-born player to achieve that honour. 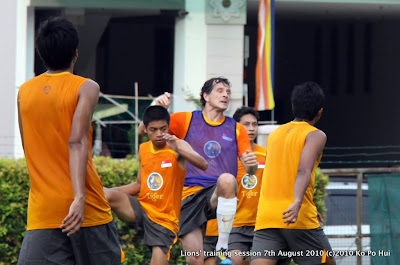 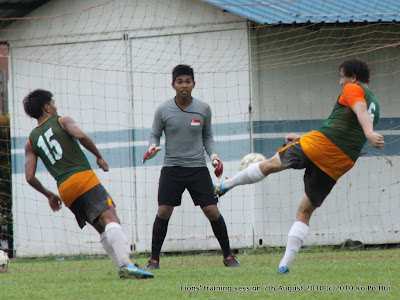 (Pictured above) What would you call this? "Stags' Power"?? as Khairul Amri (left) and Alek Duric (right) combine in this offense with Izwan Mahbud in goal facing the music!! 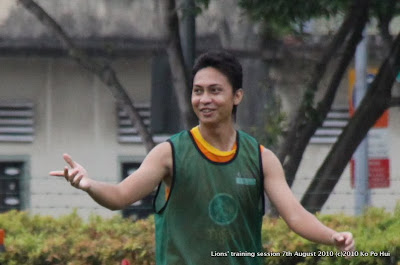 Home United's skipper Shahril Ishak (pictured above) beaming with confidence, as let's hope the newly-appointed Lions' captain will rally and inspire his fellow team-mates to greater heights with his brilliant form of late. 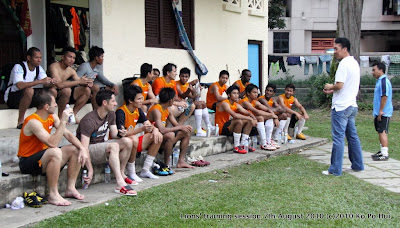 Before the end of the session, team manager Eugene Loo (pictured above and second from right, in white top) brief the team on some matters before calling it a day.