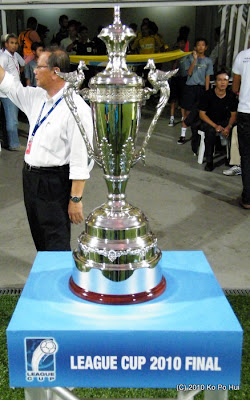 The League Cup trophy on parade before the kick-off

Nothing on the final itself, as I actually blogged this entry before I headed down to the ground.


Universally, it is always agreed that the "League Cup" in whatsoever format or name around the footballing world has always been the "poor cousin" of the more prestigious League Championship and the "main" Cup competition.

Not belittle or demeaning the stature of this Cup tournament, it's not uncommon for people to ridicule this competition as a "minnows' Cup". 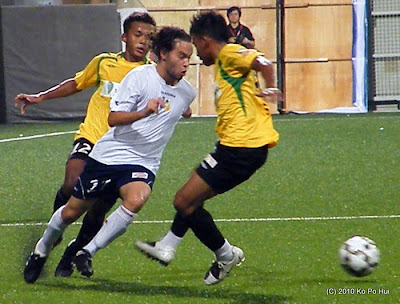 Etoile star Flavien Michelini is extremely dangerous with his passing and moving with the ball.

After all, this is a tournament that witnessed some "giants-killing" acts by some of the minnows over the under-par big teams.

Don't get me wrong, as there were some really commendable performances that fuelled some interesting discussions after those matches (someone mentioned to me if the Lions could played like the way Woodlands did against Tampines against Jordan days, things would have turned out differently). 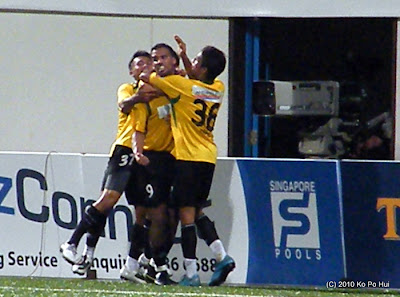 Woodlands took the lead just before half-time when Laakkad Abdelhadi's (number 9) free-kick bounced off the upright before turning in. 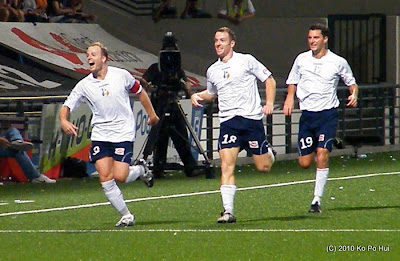 Probably, at that point of time, due to some foreseen and unforeseen circumstances, big teams tend to be cautious when naming their starting line-up by throwing some fringe players to get some match experience, while resting a few starters to avoid any unnecessary injuries (P.S: several big guns were without their key players who were away due to national team recently).

So when could there be a better chance than this to prove their worth?

Inevitably, such "giant-slaying" acts are such a common feature in knock-out competition like this. 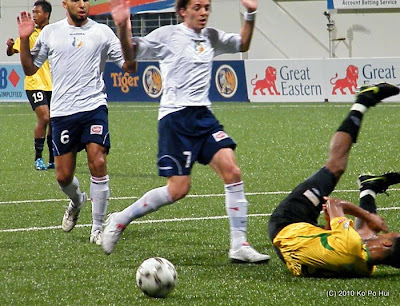 Laakkad was brought down and earned a penalty but the Moroccan marksman blew over the bar and it proved costly for the Rams. 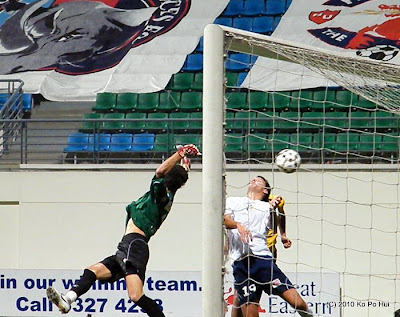 Some close shaving moments for the French but they stood their ground well against a spirited Woodlands side.

So what can we do to shed that under-appreciated tag so often (and unfavourably) associated with the League Cup?

How about having it as pre-season tuning up session for the clubs, which also allows them gel their teams and give a chance to try out some trialists.

Yup, you heard it - trialists who are not officially signed as a player but a tryout session to prove their worth and hope to earn a contract at the end of the tournament. 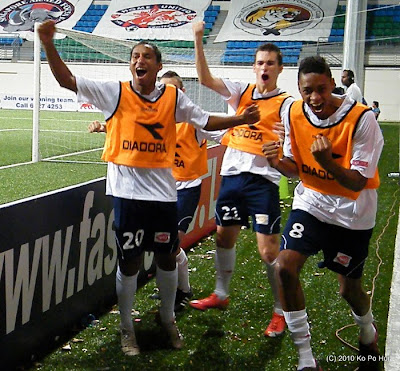 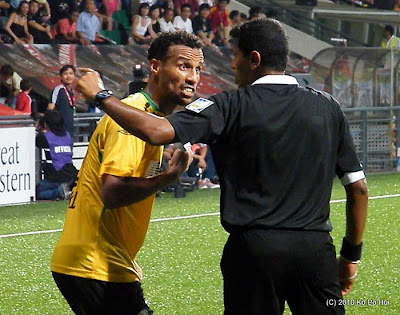 Bad day in office - Laakkad was sent off by referee P Pandian in the 90th minute for an infringement.

Sounds a bit radical, but think it from another perspective it might give some incentives to these "tryout" (whether local or foreign players) to prove their worth.

And since these trialists are not registered players, it would also allow other clubs to take a look at them during the competition. 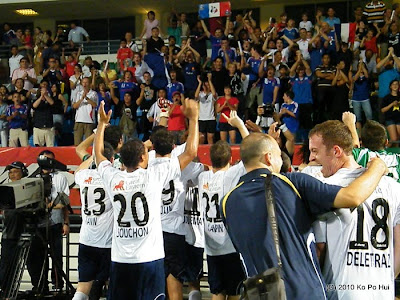 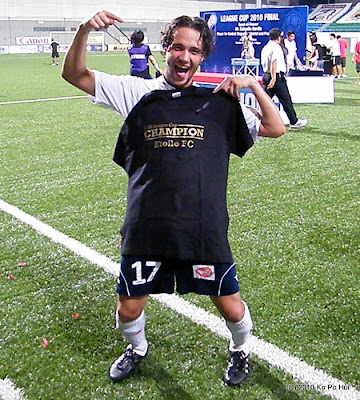 Michelini proudly displays the specially made T-shirt after the match. 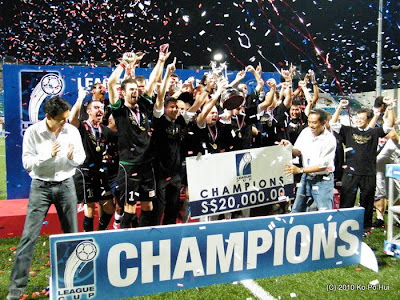 If any player managed to attract more than a club's attention, he is free to negotiate terms with his suitors BUT the priority should be given to the club that brought him here in the first place and such discussions shall take place only after the competition is over (Fair Play, ain't it?). 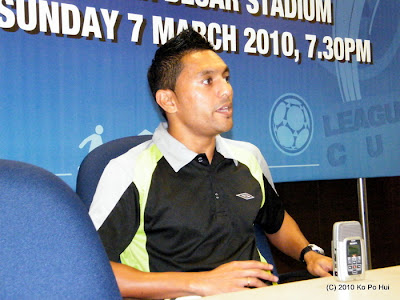 Woodland's coach A Shasi Kumar felt it was a brilliant display from his team and the competition itself has been essential in building the morale of the Rams, whom he felt many quarters had written them off at the start of this season. 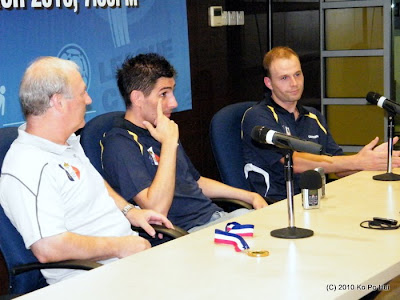 Etoile's CEO Johan Gouttefangeas (middle) says that it was a good fight from his team and the fans' support had been excellent during the match, and felt that the suggestion that his team has yet to play against any of the big boys and win the League Cup is not a fair statement to their opponents - Woodlands Wellington who defeated the likes of Tampines and Gombak to earn a berth in the final.

Like I mentioned earlier, this entry is not meant to belittle or demeaning the stature of this tournament, the participants and particularly the winners and the first-runners up, but hope to utilize the “untapped potential” of what this Cup can do for the local football (I sincerely apologize if anyone felt offended by this posting which never to be that way).

For the record - Etoile beat Woodlands Wellington 3-1 to clinch the first trophy to be offered during this season.