Are we all convinced?

By Ko Po Hui March 20, 2010
After some surprising results of late, has the early doubts cast on Beijing Guoan Talent removed?

They scored their first victory over the AFC Cup qualified Geylang United 3-1 at the Jalan Besar. 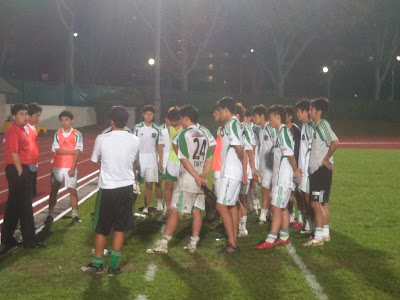 Talents had a lengthy de-briefing after their loss to Tampines earlier this week
Following that, they took the lead in their home fixture against another traditional powerhouses - Tampines Rovers but only succumbed to a Khairul Amri-inspired fightback in the second half which saw many of their players suffered from muscle cramps towards the end of the match.

Because of that symptom, many would have, again, cast their doubts when they took another traditional powerhouses - Home United at Jalan Besar Stadium. 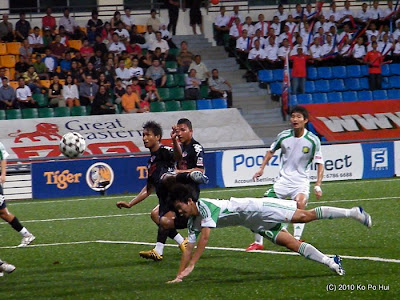 Great diving heading effort by the Talent's striker in the Protectors' box in their 4-1 win over their supposedly illustrious opponents at JBS.
But things turned out the other way round when the young Chinese squad shocked the fraternity by beat the Protectors 4-1 on the artificial surface.

To make things sweeter, none of the players suffered from any muscle cramp this time.

With Etoile gaining the League Cup with dazzling display on and off the field (that slick aggressive marketing of itself) and the Beijingers accounted themselves with convincing victories over two of the strongest teams in the league of late.

The question is - Are we all convinced?