Trying out on DSLR...

I think I'm more or less determined to get a DSLR camera after my patient is running thin with my Fuji S2000.

Because the S2000 is not a DSLR camera, there are so many limitations that it had become a frustrating chore to use it during my photo-taking at matches.

But before that, I need to have a "try-out" before I decided to opt for which model (likely to be "C").

One of the key settings I learnt when taking action photos is the "white-balance", also it would preferably to be in "manual" mode instead of the "programmed" mode I used with the S2000.

And once in manual mode of the "C" brand, the settings will be fixed and there'll be no altering (unless the "mood-swing" of the S2000).

I should not dwell on too much of these photography technicalities, as it'll take ages to explain, instead, let's enjoy some of the shots I taken just now at the Jalan Besar Stadium, where Home United beat Sengkang Punggol 2-1. 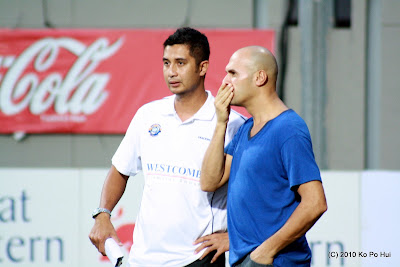 Catching up - as Sengkang's coach Aide Iskandar (left) and former team-mate, Abbas Saad having a brief chat before the start of the game. Abbas has been a frequent guest commentator on live games this season. 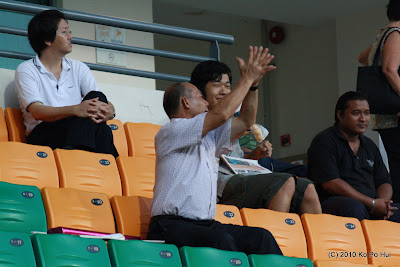 Uncle "Party-Popper" always made his presence at games with his trademark "party-popper" celebration. 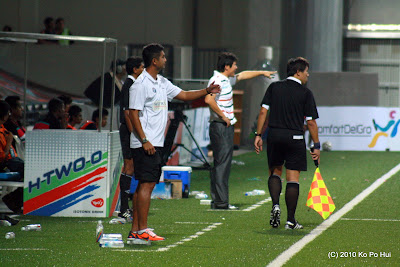 "In-synch" as coach Aide and his counterpart, Paul Lee of Home United (in striped shirt) giving out instructions from their respective technical areas. 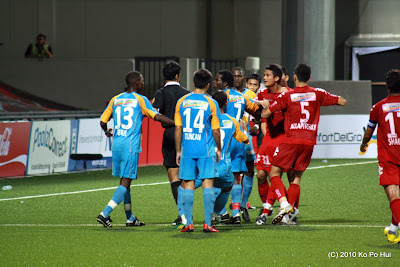 "First 30mins was fiery but all ends well" tweeted a friend of my in respond to one of my tweets after the game. Pressure to perform seems to get things hot up in the past few days. 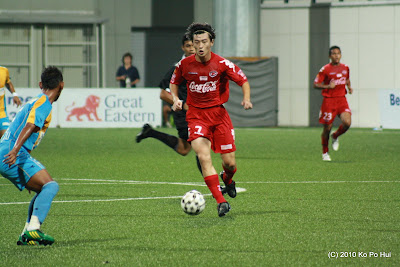 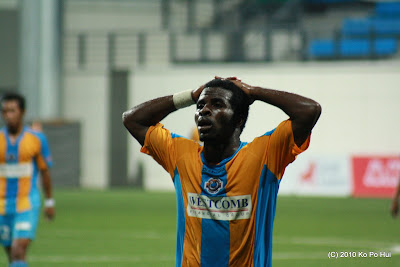 Sengkang's star Murphy Wiredu (pictured above) can't believe what's going on as he headed straight to the dressing room after the end of the first half. 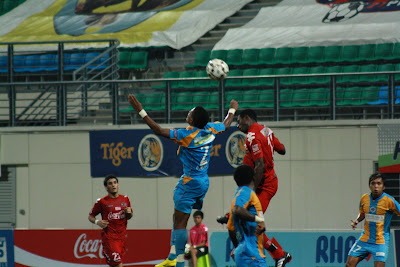 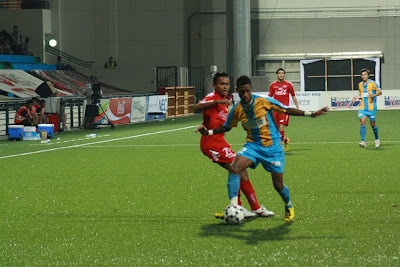 Sengkang's Canadian winger Jordan Webb is always a joy to watch with his running of the ball, and capturing him on DSLR's multi-frame mode is a breeze with the shutterspeed, aperture and ISO being fixed throughout the night (unless adjustments are necessary from time-to-time). 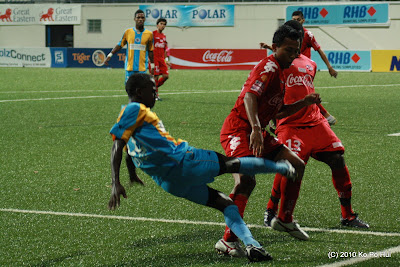 I came to realize why some photographers always positioned themselves near to the corner flag, it's because the lenses they using to take picture (as illustrated above).

Using a 100-300mm lenses, I had to move further behind in order to this shot as it's meant for long-distance shot. 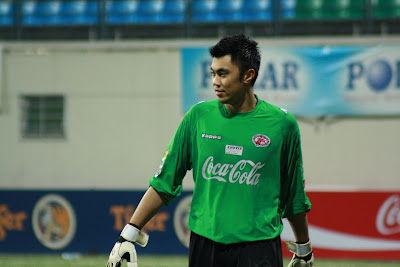 Home United's custodian Lionel Lewis during second half of the match. 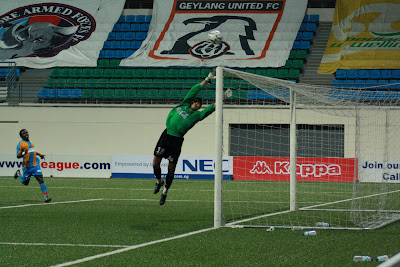 ... and he played a part in this last piece of action of the match. 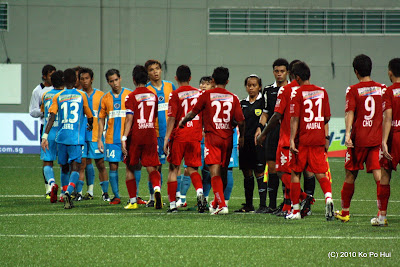 The customary handshake after the match...