(P.S: This is my first attempt in writing product review, opinions expressed below are sole personal from the blogger himself , without any form of interference from whosoever entity or individual.)
THE FIRST IMPRESSION 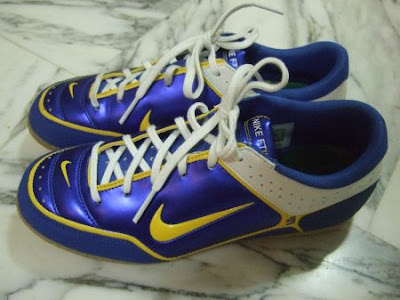 "Wow!","Striking!" - those were the reactions from my friends upon the unveiled of " Nike First Touch II FS - Varsity Royal" (as illustrated above). 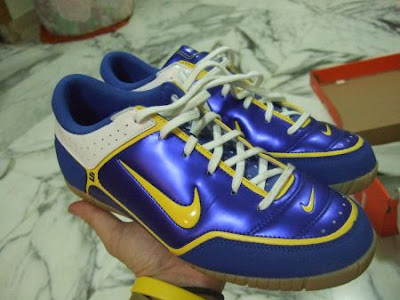 The first impression of this footwear is the eye-catching glossy royal blue coloured leather top. 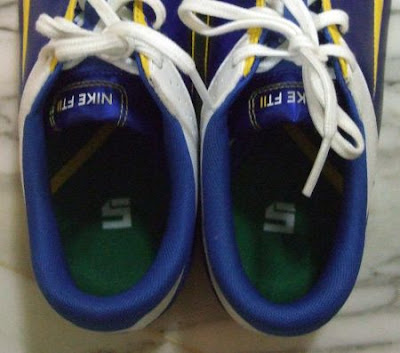 Cushioned padding around the ankle area of this shoe is critical, as twisting and turning revolving the ankle is a common motion when playing futsal. 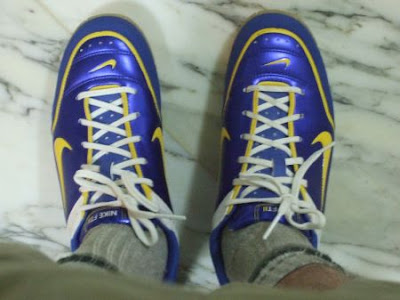 Although it fitted in nicely, it's bit tight, however just right (some players would prefer a little more room for the feet, rather than being tight-fitting). 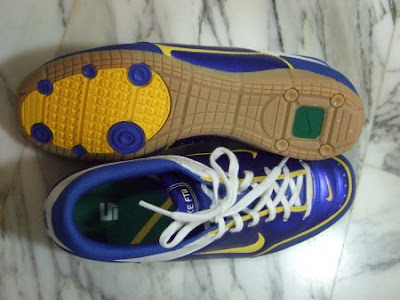 As this is not your typical conventional soccer boots that are fitted with screwed or moulded studs, I think these shoes also make an ideal footwear for your daily outdoor activities.


THE "TRY-OUT"
The try-out of the shoes was finally completed this evening after work.

I managed to rope in a working friend of me as a technical adviser on all aspects regarding the shot taking (statically and dynamic as well). 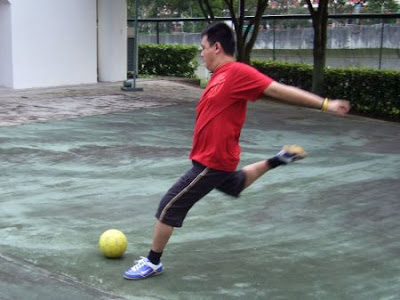 Lining up for pile-driver (man, the feeling was good!) 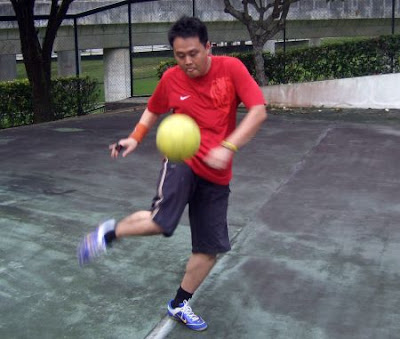 Hooked the ball up on a flick 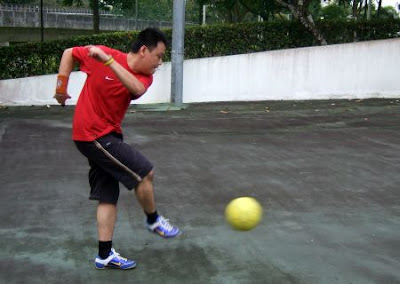 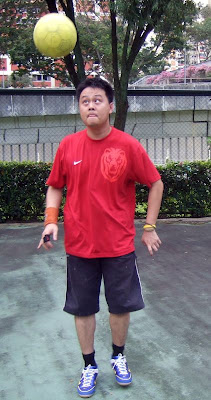 An eye for the ball 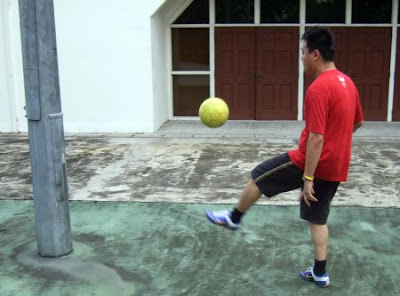 Don't worry, I saw the lamppost..
I don't deny the fact that I still feel a bit sore on the last toe of my right foot.
I guess it's due to the different cutting of this NIKE footwear, as my workplace footwear also size 8 but offer a little room space for my toes unlike the "tight fitted-in" of "First Touch II FS" (a problem which I was told will overcome gradually by wear them often).

For one, its glossy royal blue outlook is enough to grab the attention and its outer layer is well-crafted to allow players to control, passing the ball with ease, not forget to mention making long, powerful shot using it!

Other than the mentioned glitch (more of personal discomfort due to own oversight), "First Touch II FS" is definitely worth the consideration if one is looking for a pair of futsal boots.

THE AFTERTHOUGHTS
I certain hope I did not let anybody down throughout the whole review.

As a matter of fact, I have not played competitively for ages having self-imposed myself into earlier retirement :P

But the urge of simply juggling the ball is still always a joy and pleasure.

A short Clip on the "TRY-OUT"


Many thanks to Travis and Mason of "SoccerPro.com" for making this try-out possible and Viknesh for his technical help throughout the shooting.

To find out more and interested in making online purchasing on "Nike First Touch II FS - Varsity Royal", please click the link HERE
logged down by Ko Po Hui at 23:36:00

Email ThisBlogThis!Share to TwitterShare to FacebookShare to Pinterest
Classifed as: product review, Videocast